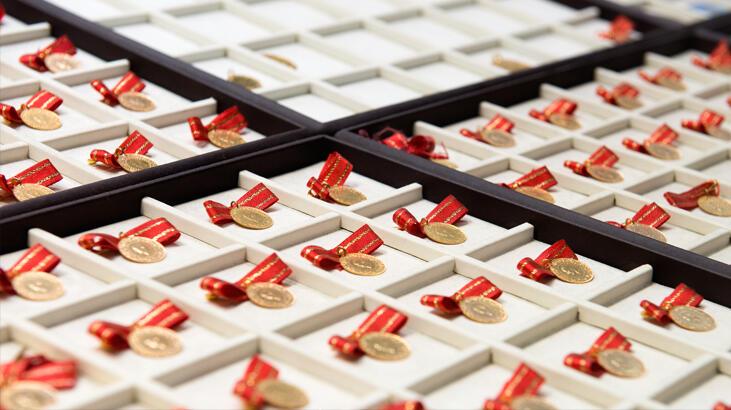 Money and commodity markets continue to be affected by global developments. After US inflation peaked in 41 years on Friday of last week, gold prices were active.

US inflation rose 8.6% in May, exceeding market expectations. With inflation rising sharply, the ounce gold price surpassed $ 1876 on Friday.

The high inflation trend forces the US Federal Reserve (Fed) to implement a restrictive monetary policy. At its May meeting, the Fed raised the policy rate by 50 basis points, making it the toughest rate hike in 22 years.

The eyes and ears of gold investors will be on the Fed’s interest rate decision, which will be announced tomorrow. The Federal Open Market Committee (FOMC) meeting, which begins today and ends tomorrow, will determine the direction of gold prices.

While markets are confident that the Fed will raise interest rates by 50 basis points, a rate hike of 75 basis points is also possible. Fed tightening above expectations could increase pressure on gold prices.

Additionally, markets expect the Fed to raise interest rates by 175 basis points in total through September. In the statement released by the Fed following the April rate decision, it was noted that the policy rate may have increased by 50 basis points in some meetings.

Record-breaking inflation in the US and concerns that the economy may enter a recession with the Fed’s monetary tightening have been effective in the sharp rise in the ounce gold price. Furthermore, while the Fed’s interest rate decision was priced in by the markets, the rise in the dollar index and bond interest attracted attention.

Yesterday, the yield on US 10-year bonds rose as high as 3.440 percent, as the dollar index rose above the 105 level. Starting the week at $ 1871, the ounce gold dollar closed at $ 1819. after falling to 1818 dollars with the global appreciation of the dollar.

In the domestic market, the price of the gram of gold moves parallel to the ounce of gold. Starting from the 1033 lire week, the gold gram rose to 1043 lire and fell to 1008 lire due to the sharp drop in the ounce of gold. Gram gold closed the day at 1009 lire.

Starting today at 1009 lire, gram gold is currently trading at 1013 lire, following a premium rate. By gram, the lowest level was 1005 lire and the highest level 1015 lire during the day.