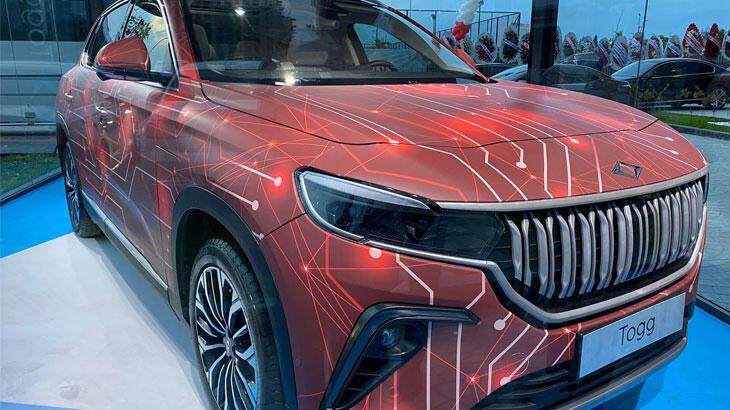 National auto startup TOGG shared a video on Twitter about its facility in Gemlik. While sharing “Our work at our Gemlik facility is progressing in line with our plans”, the latest developments regarding the facility were broadcast.

In the TOGG share, it was announced that 99 percent of the body structure was finished, while trial production was started, the compressed air system was completed, and the power lines of the welder were completed.

98 PERCENTAGE OF THE ASSEMBLY PLANT IS COMPLETED

In the sharing it was stated that 98 percent of the assembly plant was finished and that the installation of the equipment had reached its final stage, work had begun for the commissioning of the lines and the installation of compressed air was completed.

EXPLANATION OF THE PRICE FROM THE CEO OF TOGG

Pointing out that test production will start soon, Mehmet Gürcan Karakaş said: “Our test production starts in late July early August. This means we learn how to produce our vehicles in quotes as we will be producing with our own lines for the first time. We are ready for series production in late October, early November. But this does not mean that we will do series production and go to the market and traffic. Because by purchasing our vehicles we produce there we will complete the tests that need to be carried out in certification centers in Europe and these tests sometimes take 3 months, sometimes 5 months to complete. “

“WE WILL BE ABLE WHEN THE TIME IS”

Mehmet Gürcan Karakaş also provided information on the battery factory planned to be built alongside the TOGG facility:

“From the moment we start mass production, we will produce our battery. The other is only about increasing capacity and from there it will be an investment in cell management.”

On the other hand, in the post taken from the TOGG account, it was announced that one of the key stages of the work at the Gemlik plant, which is close to trial production, has been completed more perfectly.

As a result, it was announced that the first C-SUV body was successfully produced on robotic lines after part inspections and verifications. In the statement released by TOGG, “We have completed one of the key phases in our Gemlik facility, where we are approaching test production step by step. We have successfully produced the first C-SUV body on our robot lines after inspections and verification of the parties. ” expressions were used

“WE WILL OPEN TOGG UNLOADING IT FROM THE PRODUCTION BELT”

Furthermore, President Erdoğan had stated in a recent statement that we will be unloading TOGG on the production line by the end of the year. Erdogan said: “We will take Turkey’s first electric car, TOGG, off the production line and put it into service by the end of this year. We are promoting sustainable and climate-friendly modes of transport. With the ‘Zero Waste movement. ‘, which was sponsored by my wife Emine Erdogan, highly regarded by the United Nations and many global organizations. “We have made great strides in environmental protection, recycling and reducing emissions. With the awareness of the importance of technology and cutting-edge research and development, we carry out our studies on the green growth technology roadmap. We also continue our green hydrogen studies with determination. “

YOU MAY BE INTERESTEDSharp drop in oil pricesView the news

YOU MAY BE INTERESTEDBitcoin falls below the critical levelView the news