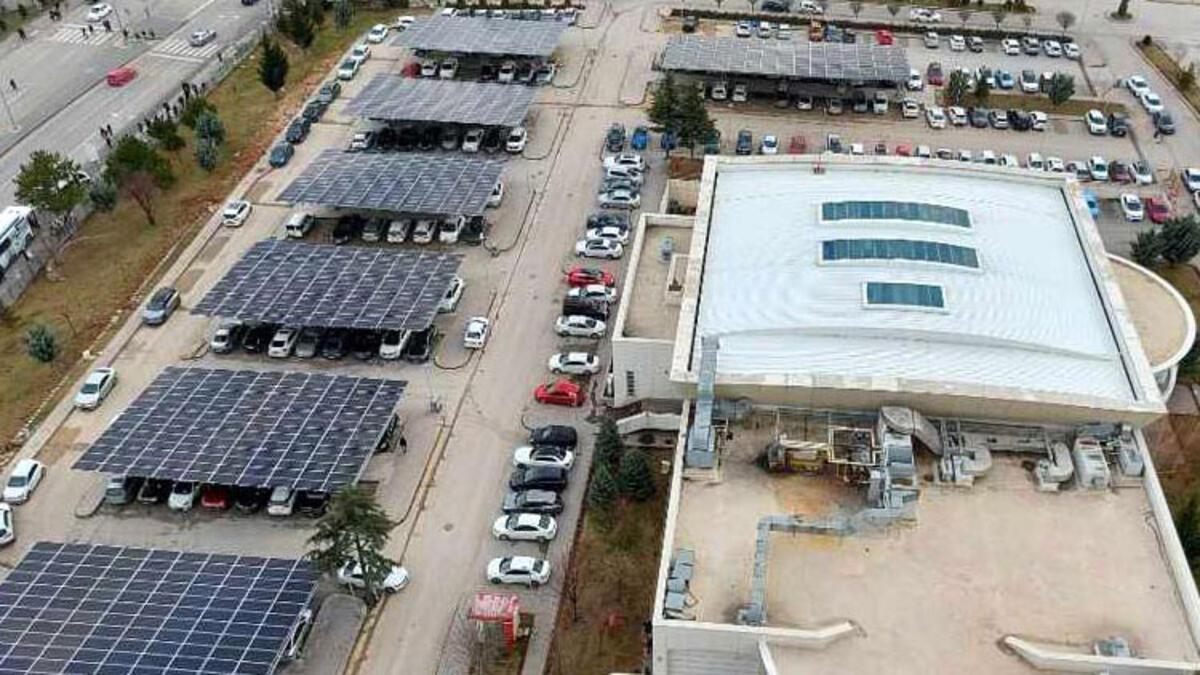 On March 16, 2020, the “Energy Efficiency Project in Public Buildings” was implemented, created by the Ministry of the Environment, Urbanization and Climate Change with the support of the Ministry of Energy and Natural Resources with funding from the World Bank. The project, which aims to reduce energy consumption in public buildings, was implemented for the first time in 30 public buildings in the pilot provinces of Ankara, Karabük, Bursa and Istanbul. As part of the project, with the improvement of the exterior of the building; While changes were made to the exterior, roof insulation, windows and doors, the heating and cooling systems were modified to provide solar-powered hot water. While fans and lighting equipment have been improved in terms of energy efficiency, renewable energy applications such as solar panels, solar water heating and ground source heat pumps have also been included.

IMPLEMENTED IN THE MINISTRY OF AGRICULTURE AND FOREST BUILDING

In 30 public buildings, where the transformation of energy efficiency was initiated, an average energy saving of 50% was achieved in 2 years. In public buildings where the production of renewable energy is a priority, in addition to saving energy, 3,000 and 50 kilowatts of electricity have been produced with solar power plants installed on the roofs of the buildings. While 70% energy savings were achieved in the Bursa Girls’ Anatolian High School, renovated with the first energy performance contract in the public sector, part of the electricity used in the building of the Ministry of Agriculture and Forestry, which is included in the project, it was welcomed by the building. In addition, 400 kilowatts of electricity were produced thanks to the solar system installed in the outdoor car park.

THE PROJECT WILL BE EXPANDED

Instead, the ministry determined the levels of savings to be achieved by conducting energy studies in 700 public buildings, including schools, hospitals, administrative buildings, courts and university campuses. Construction for energy efficiency renovations of a total of 120 public buildings consisting of university campuses, hospitals, government offices and courts located in Ankara, Karabük, Sakarya, Düzce, Zonguldak, Antalya, Karaman, Denizli and İzmir, whose energy studies and studios of project were completed in 2022. auctions will take place. The energy survey and tenders for a total of 84 buildings in Giresun, Rize, Samsun, Trabzon, Adana, Mersin, Osmaniye and Istanbul will be completed by the end of 2022 and tenders for construction will be published.

With energy efficiency applications to be implemented in public buildings, the annual energy savings are 315 Gigawatt hours (GWh), the energy and fuel savings expected over the life of the buildings are 22,000 680 million Megajoules (MJ) and the savings reduction of emissions as a result of energy savings over the life of buildings is 4.5 million and it is expected that there may be tons of carbon dioxide per year.