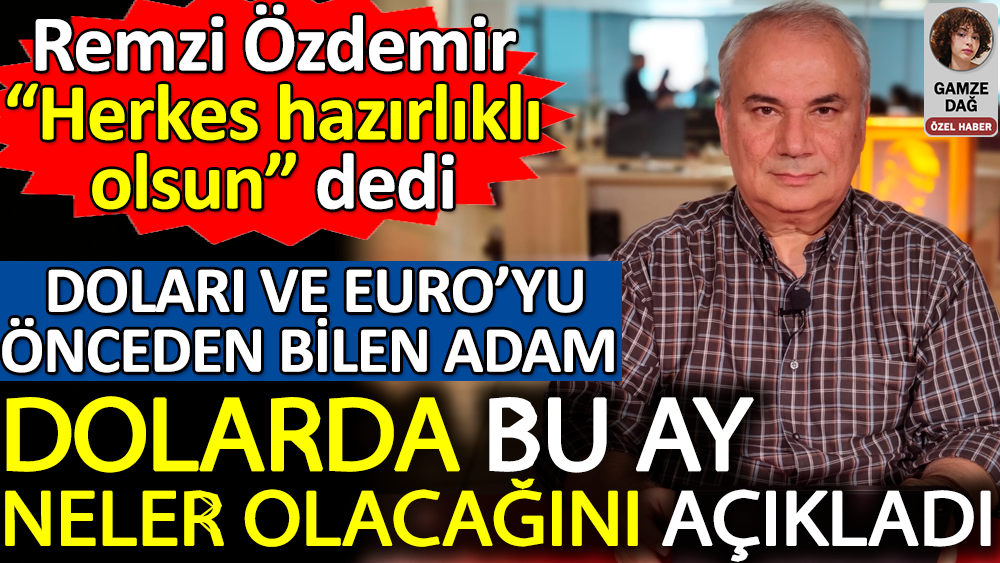 Economist Remzi Özdemir, who made statements to Yeniçağ, said the Central Bank has constantly intervened in the market to prevent the dollar from rising. “The Central Bank is using the currency reserve it has collected by opening a handkerchief to intervene in the market in a rude way. In fact, if we look at the last month, there are 15 billion dollars from Russia thanks to Akkuyu. Again, there is another $ 5 billion coming into the Gulf capital, the stock market and Eurobonds. There are approximately $ 6-7 billion in tourism revenue. When we put all this on top of each other, $ 25 billion was an influx of dollars into the country’s coffers. ” She said.

BECAUSE THE DOLLAR IS NOT GOING DOWN

Özdemir asked why the dollar is still high despite the fact that $ 25 billion has entered the country in the last month. “There is only one reason for this: Turkey’s foreign trade deficit is large and it is a non-producing country.” gave the answer.

“OR PRICES WILL INCREASE TOO HIGH OR THERE WILL BE Famine”

When asked how the foreign trade deficit would affect Turkey at this level, Özdemir gave the following answer:

“Eventually it will explode. After this explosion, two options will appear to us. First, the prices will increase dramatically. Secondly, we will not be able to find natural gas or even gasoline, including wheat. Let me tell you why we can’t find it. Since we don’t have dollars, we won’t find them ”.

Saying that the Central Bank’s reserves remained at the same level, Özdemir explained the reason as follows:

THE FED WILL COLLECT THE DOLLAR FROM THE MARKET, EVERYONE GETS PREPARED

Özdemir said the Federal Reserve System (FED), the central banking system of the United States, will reduce the balance sheet and withdraw dollars from the market. “To be prepared” he warned.

Özdemir said this Fed action will cause food shortages and will enter a more difficult economic process after September. “Of course, we have to look at the international markets. The Fed will reduce its balance sheet in the coming days. That is, it will withdraw dollars from the market. It will negatively affect developing countries such as Turkey. Therefore, it will cause Turkey to experience a severe dollar shortage. This dollar shortage should not be seen only as an increase in the exchange rate. It will also cause food shortages. After September, a difficult period awaits Turkey. Get ready all ”. She said.