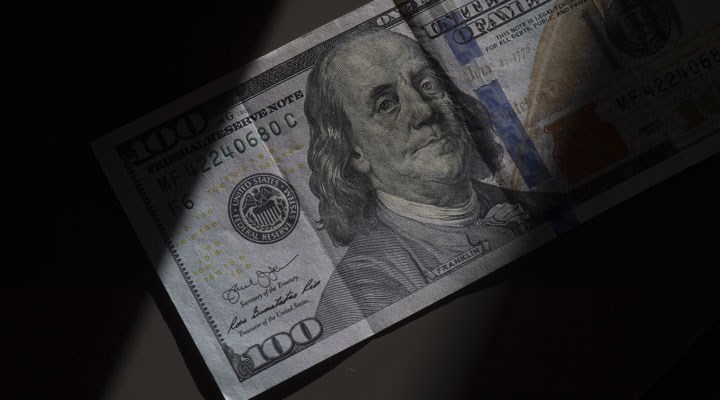 As global markets took a mixed course with manufacturing industry data announced around the world and new closures in China that bolstered recession expectations, eyes were turned to the data in the US employment report. which will be announced today.

The actions to be taken by central banks between the inflation dilemma and recession continue to be the main factor determining pricing. As statements released by authorities in recent weeks raise the possibility that both the US Federal Reserve (Fed) and the European Central Bank (ECB) will raise interest rates by 75 basis points in their meetings this month, this situation provokes the question. than the dollar to stay alive.

With these developments, the dollar index hit the 110 mark yesterday, testing its highest level since June 2002, while the US 10-year bond yield reached a 10-week high of 3.30 percent. , with the increase in outflows from the bond market. Although there was a sharp drop on the commodity side due to recession concerns, the price of silver fell to its lowest level in about 2 years and the price of copper and zinc in a month. The price per barrel of Brent crude oil, on the other hand, stabilized today at 93.7 dollars, after falling 11 percent in three trading days and falling to 91.6 dollars.

The Manufacturing Industry Purchasing Managers Index (PMI), announced yesterday in Europe, showed that the economic slowdown in the region has deepened. Those figures fell to the lowest level of the last 2 years in the Eurozone with 49.6, and in Germany with 49.1, the lowest level in 26 months. While developments regarding the energy crisis are being monitored closely, Russia has stated that it will not sell oil to countries that charge maximum prices. With these developments, the DAX 40 index in Germany fell by 1.60% and the FTSE 100 index in the UK fell by 1.86%, while the CAC 40 index in France remained flat.

On the Asian side, the shift in the number of new coronavirus (Covid-19) cases in China from coastal regions to major production centers for the economy increases concerns. The tightening of measures in Shenzhen and the quarantine of the province of Chengdu, as part of the zero-case policy in the country, signal that the country’s economy, which is already showing signs of slowing, will move further away from its growth targets.

As an independent newspaper, our goal is to contribute to the emergence of a true atmosphere of democracy and freedom in the country by offering the truth to the people. For this reason, we use the revenue we earn from subscriptions to implement better journalism and to enable our readers to find information on a more qualified and reliable basis. Because we don’t have a boss whose bank account we have to inflate; well he isn’t.