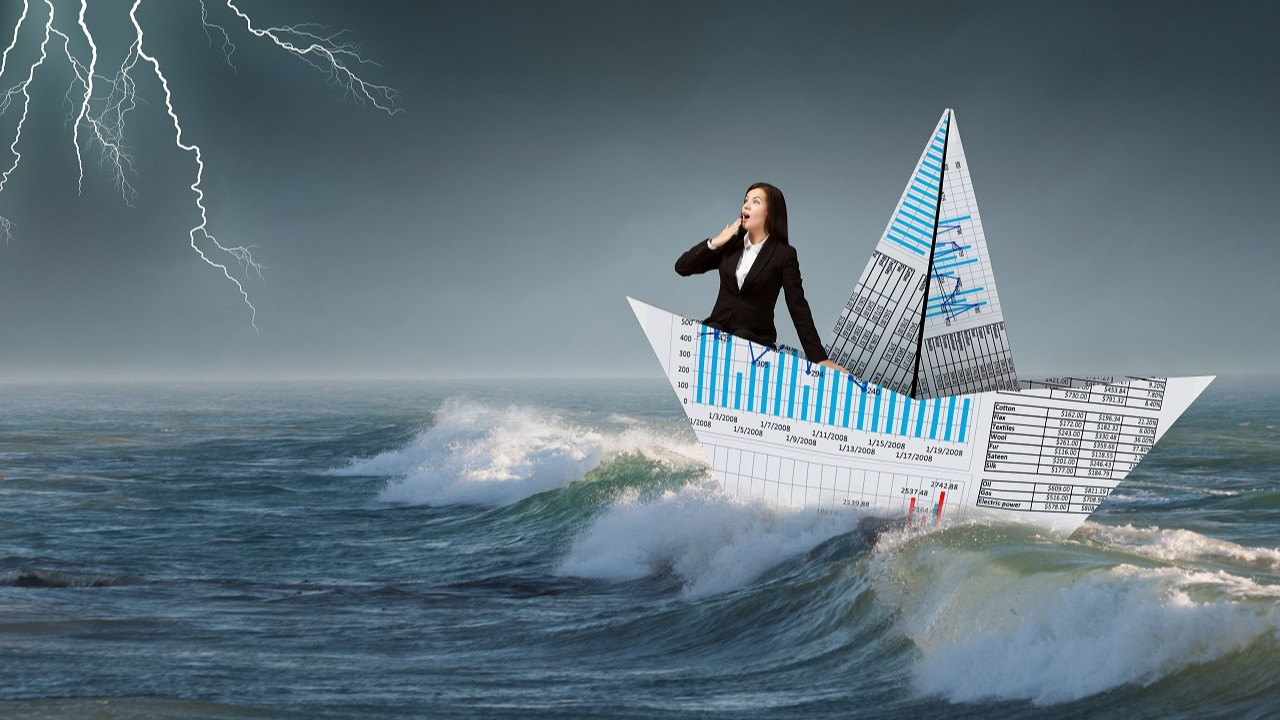 The atmosphere in the markets is officially dusty. Both the position of the “hawk” of central banks in global markets and the decisions taken one after the other to fight inflation …

A series of decisions have been announced by the direction of the economy following the gradual advancement of the dollar rate towards 18 TL.

First, the Income Indexed Bond (GES) alternative was introduced to the market to prevent those who do not want their savings to melt in the face of inflation, turning to foreign currency. Indeed, the general expectation was for an inflation-linked product, but this has not happened.

Last week, Treasury and Finance Minister Nureddin Nebati said they are not currently planning a new step on inflation-linked bonds.

The Banking Regulatory and Supervisory Agency (BDDK) has also announced decisions that will support the transition of businesses that have foreign currency assets and use TL loans, reducing household consumption demand and regulating the maturity of individual loans and the amount minimum payment in credit cards. As a result, companies other than banks and financial institutions that are independently audited and have foreign currency assets in excess of $ 900,000 will not be able to use TL cash loans if those assets exceed 10% of their assets or of sales revenues.

There are similar examples in the world

After the turmoil in global economies with the pandemic, many countries have actually implemented various practices to support their local currencies.

90 countries around the world impose restrictions on bringing export prices to the country within a certain period of time. 55 of them also made arrangements to convert the export price into the local currency. In other words, countries can take the measures required by their conditions.

Fed pressure could continue on stocks Following these steps taken by the direction of the economy, the dollar made a hard landing from TL 17.50 to TL 16.

Hence, he tried to balance beyond the TL 16.50 limit. The downtrend of global equity markets since the beginning of June has also negatively impacted Istanbul Stock Exchange.

The BIST 100 index, which rose to 2656 points on June 7, fell below 2400 points. It looks like things are not going to go well in the short term in terms of equity markets. Interest rate hikes and statements by the US Federal Reserve (Fed) in its fight against inflation will continue to create pressure.

The Fed’s fight against inflation should not be seen simply as stopping interest rate hikes and monetary expansion to curb demand.

Investing in stocks is very common in the United States. After 2021, US equity investments reached an all-time high.

Therefore, as rising stocks can turn into demand in an inflationary environment, upward movements in stocks can be prevented with verbal interventions.

With the sharp decline in the weekly chart of the USD / TL parity, the upward trend that began in the week of May 2, 2022 has been reached. Furthermore, the lowering of the TL 17.07 level is technically positive. The support zone 15.60-15.73 must be broken to continue the bearish trend. If this happens, a pullback move towards the 14.85 and 14.47 TL levels can be observed in the first phase. However, even if these levels are tested, it can be said that the main trend is still up. To talk about a trend transformation and a new bearish trend it is necessary to break the bullish trend that started in the week of September 6, 2021. For this, it is necessary to see the price below this 13.93 TL. In the possible upward movements it can be said that the risk of seeing the TL 18.25 level will increase in case of another break above 17.07 TL.

The weekly upward trend that began in the week of February 21, 2022 in the BIST 100 index has been passed down. For now, there is an effort to stay above the support range, which corresponds to the level of 2.340-2.254 points. The index must be successful in this. Failure to do so will increase the risk of regression to the support band of 2.260-2.279. Even if these have come true, it should not be forgotten that the index is still on the upward trend that began in the week of October 4, 2021. The support point of this trend for this week coincides with the level of 2.260. As long as it remains above this point for the next week, the main trend is still up. In possible upward moves, the 2,500–2,520 point band is an important resistance point.

Will Bitcoin continue to decline?

Bitcoin fell below the critical support point of $ 19,700. The weekly closing on Sunday is extremely critical. Because a close below $ 19,700 could lead to a technical continuation of the decline in parity. In such a scenario, the $ 17,600 level is an important support point. If it falls below this point, the risk of a pullback to the $ 15,600-16,000 range will be on the table. The characteristic of this support zone is that it is the support point of the trend that started in January 2019 on the monthly chart. Below this point, there is support at $ 12,000. A retest of the $ 21,800 and $ 23,000 resistances could rise if the pair closed above the $ 19,700 level for the week.