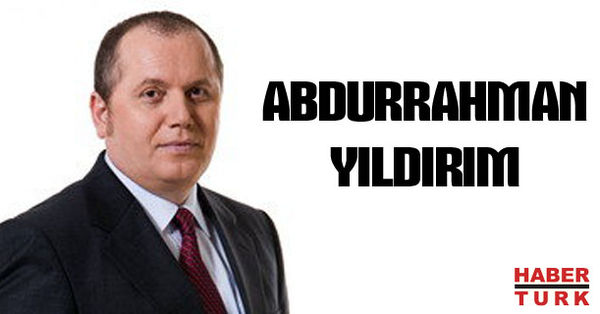 As US inflation rose to 8.6%, the highest in 40 years, the Fed raised interest rates by 75 basis points, the highest in 28 years. Stating that there will be a 50 or 75 point hike at its July meeting, the Fed said the next steps will depend on developments and data.

Will the recession hit the US?

➔The Fed’s aggression against rising inflation, while raising the interest rate forecast for the end of the year about once, has lowered the rate of growth, raised unemployment and spread fears of a recession.

There is now a more than 40% chance that the US will enter a recession in the next year or 1.5 years. It is now widely recognized that there may be at least a slight recession.

➔After the recession became the hottest topic last week, US President Biden is finally here “The recession is preventable” She said.

➔Well, Fed chairman in the global crisis Bernanke Self “There is a possibility of a recession. Economists are very bad at predicting recessions. I think the Fed and Powell have a reasonable chance of making a soft landing. The highest inflation of the past 40 years could be reduced with or without a recession. She said.

In Bloomberg Economics’ forecasts, there is a three-quarter chance that the US economy will enter recession by early 2024. Bank of America, on the other hand, found the probability of a recession to be 40%.

WORLD GROWTH IS HALF DOWN

But on this continent, interest rate hikes will begin to fight inflation. The increases, which begin next month, are expected to hit 125 basis points by the end of the year.

While rising inflation and rising interest rates repress consumption, the Russia-Ukraine war makes it difficult to supply energy and raw materials. Even a fire at an LNG station in the United States was enough to drive gas prices in Europe up by 50 percent last week.

Europe is estimated to enter recession in the coming winter months due to both falling demand and the energy crisis.

The second largest economy in the world is also slowing in China. Growth this year is expected to be 4.2%.

As a result, global economic growth is projected to decline from 6.1% last year to 2.9% this year, according to the World Bank forecasts.

➔The OECD, on the other hand, cut its growth forecast from 4.5 percent to 3.0 percent. Estimates are that growth will decline by half.

➔The atmosphere in global financial markets changed a lot as the inflation jump was followed by shock rate hikes and fears of a recession in the economy. Right at the start of the corona outbreak, there was a chaotic week similar to the third week of March 2020.

Indeed, the cryptocurrency market, which is the most sensitive to plentiful and cheap money, and the riskiest instrument, has collapsed. which measures the price level of the market The Bloomberg Galaxy Index fell another 28.4% last week.

➔Cryptocurrencies have dropped to this level or even more before and have quickly recovered.

➔Because in the cryptocurrency era that started in 2009, there was always money in abundance and cheap. This money was looking for a place to go, even the riskiest assets. As they made money, they wanted more and more, and this is how the cryptocurrency market was discovered.

WHY IS IT DIFFERENT THIS TIME?

➔ Now the situation is different. The cryptocurrency market is most affected by the fact that the era of abundant and cheap money is behind us and this situation will not change much in the near future.

And what’s more regulations for the market. Transactions and the market will be taken under control. Guarantees will increase, taxes will be imposed, transparency will be respected and verified.

➔The new structure that will come with the regulations can make the market more reliable and sustainable in the medium and long term. In this sense, it is a development that will enlarge the market and be in favor of the market. But All of these are developments that shrink the market in the short term.

Because of this, past earnings and great volatility will gradually decline over the next period, despite the big whales. Why the cost of money rises and returns to normal. There will be no daring money to waste, to take great risks.

➔ Also, this is the first time the big loss in the market has exceeded $ 2 trillion. It is a great loss that cannot be overcome during this time when the money tap is lowered and interest rates rise.

EVEN TECHNOLOGICAL COMPANIES ARE SERIOUSLY INJURED

➔With the effect that cheap and plentiful cash withdrawals will be shortened, tech companies find themselves. The Nasdaq Stock Exchange recorded a decline of 33%.. The stocks of the largest tech companies we know are driving the decline.

➔ According to the record level in the total of world stock exchanges A 23 percent drop occurred with the MSCI index. Compared to the highest level on the Istanbul Stock Exchange it has seen this year, its loss is 20%.

THE PRICES OF THE HOUSE ARE ALSO INCLUDED

On the bond side, the loss is 12 percent. The volume of global bonds fell from $ 69.2 trillion to $ 60 trillion as interest rates rose and the value of the bonds fell. The reduction is $ 9.2 trillion.

➔The total decline or loss in the three markets in about 7 months reached $ 37.6 trillion. This is 40 percent of the world’s product.

➔There are also specific reasons for the collapse of cryptocurrencies, as mentioned above. It was the youngest, weakest and smallest link in the markets. Will continue? Will there be other markets to follow cryptocurrencies?

➔The answer is a bit long and I will leave it for a later post. I would like to conclude by affirming the essence of the development we are experiencing. The aim of central banks to raise interest rates and monetary tightening is to curb high inflation, that is, prices, and slow the rise. This includes the prices of goods and services and the prices of assets. Not just financial assets, but real assets and above all house prices.