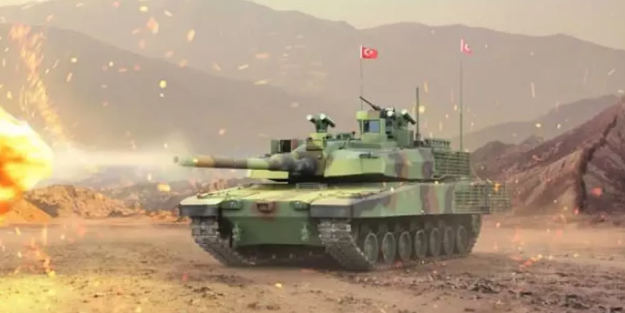 The accounts of the Military Factory and Shipyard Operation Joint Stock Company (ASFAT) for the years 2018-2019-2020 were discussed in the EEA Parliamentary Commission.

Muhsin Dere, chairman of the board of directors of ASFAT AŞ and Deputy Minister of National Defense, said the maintenance, repair, production and shipbuilding activities of the Turkish Armed Forces company are being carried out successfully.

Expressing that the military factories and shipyards were opened for export with the establishment of the company 4 years ago, Dere said, “ASFAT has achieved a project volume of approximately $ 2.5 billion over a 4 year period. 65-70% of the projects were export-based and closed at a profit this year. ” he said.

According to AA news; Claiming to have taken on important responsibilities in shipbuilding, aircraft and helicopter maintenance, Dere said he has reached a certain point in modernizing shipyards.

Esad Akgün, General Manager of ASFAT, said he has completed 20 of the 45 projects they have signed so far, on time and in the most thorough manner.

Stressing that they aim to “produce the best at the lowest price, in the shortest time and with the highest domestic tariff”, Akgün said that this approach also gives them an advantage in exporting.

Stating that they built the $ 2.5 billion project with 273 people and this is a “world record”, Akgün said: “Our goal is to keep the project size per person at the $ 10 million level. Normally. , the size of this project ranges from $ 500,000 to several million dollars in defense companies. A project management company Like us, we keep it at the $ 10 million level. ” He said.

Muhsin Dere, who also responded to criticism and questions from committee members, said there is no such transaction as “giving everything” or “selling” the tank pallet factory in Arifiye.

Stating that there has been a lot of talk about the Qatari issue, Dere said: “I have been deputy minister for 4 years, no Qatari has even entered the factory, let alone being a partner. There is no employee or manager. On the other hand, there is no employee or manager. he said it is very wrong that 49% of Qatar is BMC partners. “We don’t think about it. We also have defense companies with partners from the UK and the US. We don’t think this is wrong, but there is a lot of talk about Qatar. There is nothing that is not reflected in the media about Arifiye. ”I made the assessment of him.

Explaining that the search for the Altay tank power unit continues, Dere said:

“BMC Power has begun work on domestic production of engines and transmissions, he continues, it has not yet been completed. Apart from that, our Presidency of the Defense Industry is looking to purchase power packages, engines and transmissions from Korea. We have. also studies for the Storm howitzer and tank from the US. But at the moment we don’t have an engine and a transmission. Therefore, this is the answer to the question “Why is there no tank?” By the way, we built and tested the second generation Altay tank in Arifiye with the reserve power packs bought by the Germans. In addition, Storm production continues. The factory also costs $ 50 million. A certain investment has been made. The partners of the factory are not changed, the partners of BMC has changed. There is nothing to do with the state of the factory. The factory is under our control. The factory is under our control. 6 products were produced this year. Storm howitzers, ready for delivery. He continues his activity with all his skills preserved ».

After the meetings, the reports of ASFAT AŞ were released.