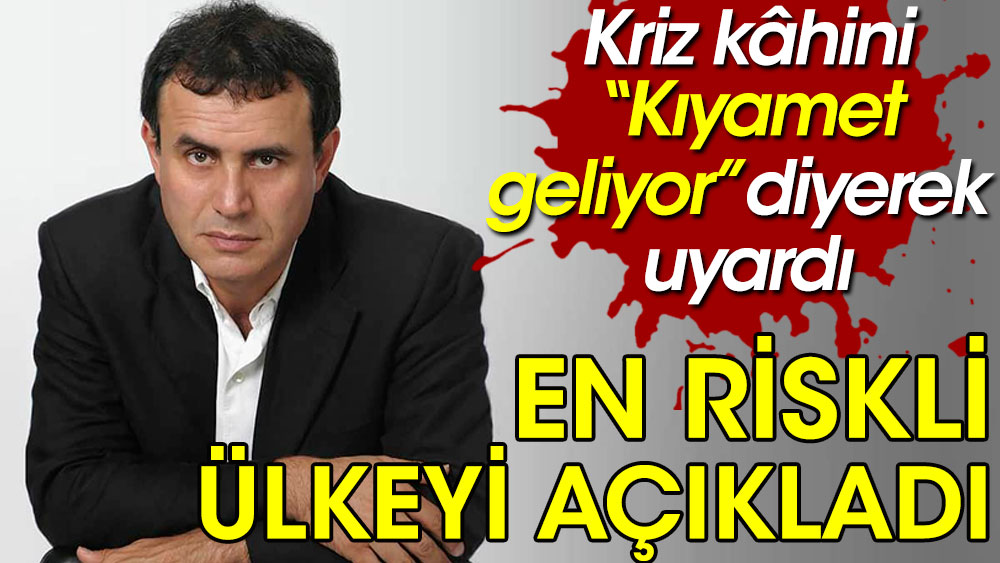 Predicting the financial crisis that began in the US in 2008 two years in advance e “seer of crisis” so-called Nouriel Roubini Yesterday he wrote an extraordinary article in the world famous British business newspaper Financial Times (FT).

In the article entitled “All the dangers in the euro area are all too real”, especially Roubini of Italy, He pointed out that it is one of the focuses of concern for its low growth potential, large deficits and huge public debt.

‘TROUBLE LINES MORE ACTION’
Claiming that the Eurozone fracture lines have reactivated and the gap between Italy and other Eurozone bond yields has widened significantly, the European Central Bank (ECB) held an extraordinary meeting on Wednesday, it said. Roubini, adding that the bank’s board of directors worried about the “risk of decoupling” or monetary policy in the Eurozone, said he had decided to start working on the design of a new instrument, as the risk that its impact on the country could drastically change with potentially destabilizing consequences.

Recalling that Italy’s long-term bond yields, which were below 1 percent at the start of the year, have risen to more than 4 percent in recent days, Roubini said “the dangers are real” and he stressed that the only serious risk to the ECB is not the divergence between bond yields.

“THE EURO REGION IS DIFFERENT FROM THE USA”
The 64-year-old professor said that consumer inflation in the Eurozone exceeded 8 percent, as in the US, but that the ECB, unlike the US Federal Reserve (Fed), which initiated rate hikes in March. of interest, is waiting for next month to raise interest rates. Stating that there are various reasons why central banks lag behind, he stressed that the economic recovery in the euro area after the pandemic is slower. 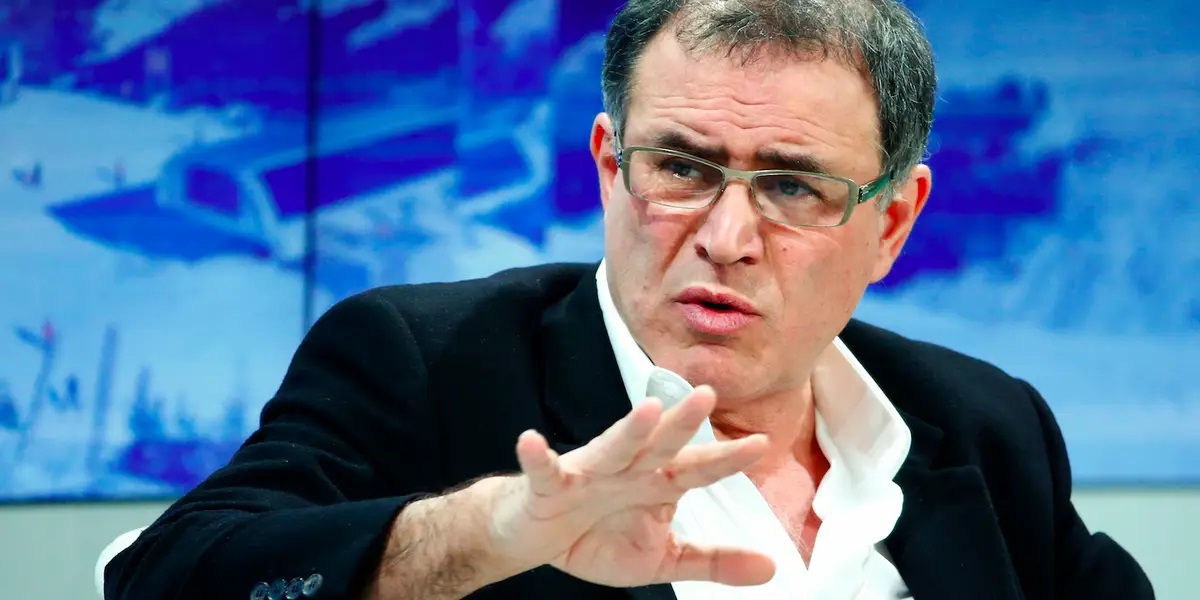 ‘ALL CENTRAL BANKS ARE DIFFERENT’
To say that supply shocks that reduce growth and raise inflation leave all central banks in a dilemma, on the one hand they should normalize their monetary policy as soon as possible to prevent inflation expectations from spiraling out of control, but such a step creates the risk of a sharp landing of the economy with the recession and rising unemployment, Roubini said. their expectations, “he said.

With the Fed and Bank of England (BoE) aggressively raising interest rates, Roubini argues that the US and UK are now at serious risk of a hard landing, but that the risk of a hard landing in the Eurozone it is as much, if not more than in the United States. , while the post-pandemic recovery has been slower, the eurozone is more at risk of energy shocks due to the prolonged war in Ukraine, and Beijing’s zero-case policy is also more vulnerable to slowing growth given its reliance on exports towards China.

Signs of recession
Roubini also stated that the depreciation of the euro due to the differences in the monetary policy of the ECB and the Fed is also inflationary and pointed out that the increase in borrowing costs in the periphery of the Eurozone is greater.

Stating that some forward-looking indicators, such as German manufacturing industry data, indicate that the region could enter a recession even before the ECB begins to raise interest rates, Roubini stressed that all of this happened as the ECB hawks, which wanted to raise interest rates sooner and faster, they were taking over the board of directors.

‘THE DOomsday CYCLE WILL RETURN TO FOCUS AGAIN’
Writing that the eurozone suffers from weak potential growth and job creation, a hard landing would not only exacerbate these problems but also intensify market concerns about debt sustainability or the risk of fragmentation, Roubini said: ” The ‘doomsday cycle’ between debtor governments and banks that hold that debt, that this is a feature that was engraved in the minds of many with the Eurozone crisis ten years ago, and will again become a focal point. “

It is easier said than done that a new instrument will be designed to cope with the risk of fragmentation, that, according to the ECB’s doctrine, potentially unlimited purchases of certain government bonds are considered acceptable only if spreads increase by dynamics of unfounded market, but when bad policies rather than bad luck are the driving force. Stating that ECB bond purchases are conditional, Roubini said the ECB’s Final Monetary Transactions Tool was designed this way in 2012, but no government has asked to use this tool with politically offensive terms, however any tool must pass legislation, it recalled that it should include similar conditions.

THE MOST RISKY COUNTRY ITALY
The famous professor, who suggested that Italy’s and other countries’ recent increases in bond yields were not just due to unwarranted investor panic, pointed to Italy’s low potential growth rate, high budget deficits and increased and potentially unsustainable public debt during the pandemic.

Recalling that a permanent rise in debt rollover costs is coming as the ECB changes its extremely accommodative monetary policy, Roubini suggested that the risk of an apocalyptic cycle in Italy is greater than in the rest of the Eurozone.

CAN MONETARY UNION BE PROTECTED?
Affirming that a right-wing coalition made up of parties skeptical of the Euro and the European Union could rise to power after the elections to be held in Italy next year, Roubini said that the new tool devised by the ECB to save the stocks Italians is for the new leaders of the country and for all other countries under pressure in the Eurozone, warning that they could find themselves in unacceptable conditions.

Ahead of this week’s ECB meeting, board member Isabel Schnabel said her willingness to address the bank’s disintegration risk was “endless”, recalling former ECB president Mario Draghi’s phrase “anything”. of 2012, but Schnabel’s Roubini said: “Given the current volatility in financial markets, it can be expected that the ECB will further test its ability to maintain monetary union by supporting fragile eurozone states.”