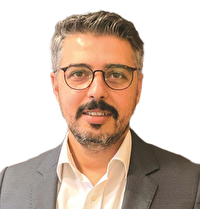 The work of buying credit, checks and foreign currency is done. I hope he can’t resurrect again.

The BRSA has taken such a step that it has put an end to a distortion that has made all other steps in vain. Now you can build something on it. I will evaluate the impact and importance of the decision, but first let me state the following; I find it very constructive that the BRSA is taking the lead instead of the “if the order comes, we’ll do it” approach. As the bureaucracy pulled its strings, the BRSA began to make a difference. Of course, the most cluttered area was the BRSA area, which is why it came to the fore.

Part of the difficulties that Turkey was experiencing was that the banks were competing with themselves (ie with themselves). The BRSA also had to play its role. Fortunately, it wasn’t too late.

Another major effect of the switch is that those who want to continue using TL loans will lead them to exchange their foreign currency deposits if they are loaded on the equivalent of TL 15 million. It shouldn’t be said who can trade these goods. Because this step appears to be based on KKM with its previous role. KKM is a tool that will meet the needs of those who wish to reduce their foreign currency deposits below the specified level. It opens a no-excuse space for those who want to get out of their foreign exchange businesses. This will distort the supply-demand for foreign exchange in favor of TL. I would like to state that the BRSA release also guarantees that those who meet the terms or adjust the terms will not increase their foreign currency assets beyond the equivalent of 15 million Turkish Lira if they use TL loans. In other words, the BRSA blocked the “I took a TL loan, took it and made foreign currency” benefit model. He didn’t save face, he really made a game.

Also, I understand that the amount it determines makes the SME segment stand out in the title of the “selective” loan, which is also very special. Because the loans that should have gone to SMEs in Turkey have been transferred to large capital groups in a more convenient way and with a much longer maturity. Now SMEs have become a candidate closer to being the recipient of the loan. This is the third major effect of the switch.

Other steps would have been useless had it not been for this step, which had eliminated a problem that almost destroyed each and every one of the results that economic policy was trying to achieve. Therefore, I would like to state that the additional measures to be taken from now on can produce positive effects beyond what one might think.

Let me tell you again; Further steps after the loan is manually obtained can produce better results than expected.

Confidence in economic policy can also increase enormously if the increased potential impact of the additional future steps I have mentioned is experienced in the short term.

And if it all boils down to the lowering effect of the base effect, which should occur in inflation, Turkey’s history will change completely.

From this moment on, it will no longer be necessary to assess that this decision by the BRSA will cause the disadvantage of some character and nature of the enterprise.

Believe me, Turkey needed this step so badly that now the investment environment can acquire a completely different enthusiasm. There is only one constraint, namely the extended deadlines in the supply of machinery-equipment due to interruptions in the supply chain. Again, I believe that the role falls on the domestic machine manufacturers.

With the steps it has begun to correct, Turkey can achieve additional investment, additional investment, additional employment, creation of partially skilled jobs, healthy wage development and all the other positive aspects that are hoped for. He deserves it. Everyone and every institution should now take on the responsibility they have to take. Those who sit in the armchairs of the huge Turkey and worry about their own prestige should either tidy up or get up from those seats. They owe it to this nation.