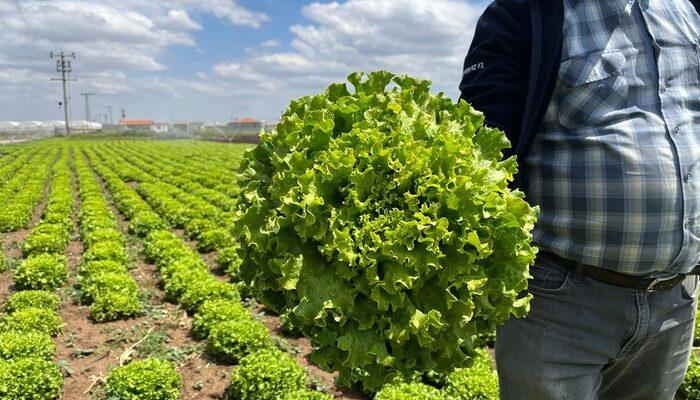 The new crop is ready for sale in lettuce, which is the order of the day with its high prices in the markets and stalls. This year’s excess lettuce production, which awaits its buyers, grown in the fertile lands of Eskişehir, has hit rock bottom. Although the producer failed to get the expected numbers, the lack of demand for vegetables from wholesalers brought prices down. The producer, who says that lettuce in his field costs 1.5 lire, reacts to the sales made on the markets for 7-8 lire. It is claimed that the green producer declines every year due to such problems, while planned production and planned sales are on the agenda again. 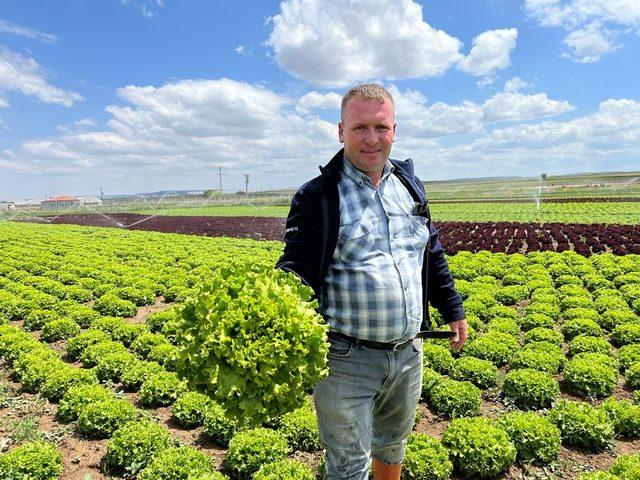 Stating that the lettuce waiting in his field was selling for 1.5 lire with increasing costs, farmer Kadir Yavaş said the labels in the markets have risen to 7-8 lire. Stating that the damage has increased with the 10-day delay due to the season, Yavaş said: “This year the lettuce prices were not what they had hoped for due to the increase in costs and excessive planting. Currently the cost in the field. is 1.5 lire, but in the markets it is 7-8 lire. This poses a big problem. With us it costs 1.5 lire, 7-8 lire to the markets. The markets are slightly cheaper than the markets. citizens will turn to the market, it will be more profitable. The crops, which normally grow towards the end of May each year, were suspended until June 5 this year. We have a loss of about 10 days. This is because of the time, “he said. 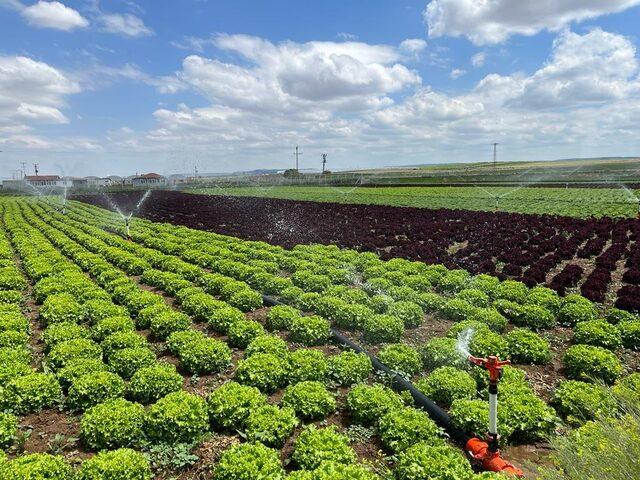 “PEOPLE WHO PLAN GREEN THIS YEAR WILL DECREASE”

Stating that traders have not come to the fields as much as in past years and that the products could not enter the market, Vice President of the Union of Producers Mehmet Kırmızılıoğlu said the plant producer will decrease next year. Indicating that this year we will see the effects of lack of demand from merchants, Kırıklıoğlu said: “Our biggest problem is the marketing problems of our products. Merchants don’t come here as before. We are struggling with marketing. Our farmer’s goods do not reach the buyer. That is why, as a producers ‘union, we are trying to collect the producers’ goods and send them to the markets from our union. The late arrival of the season due to weather conditions, the freshness of the ‘air in other regions, the products have not grown in other regions. That is why there are no traders. Our goods are waiting in the fields, they have not yet been sold. We contact producers of the same size as us, we pack their products and send them in the US. When we look at last year’s sales, we see that there is serious demand. No demand this year. the next few days, those who plant greenery will decrease considerably, “he said. 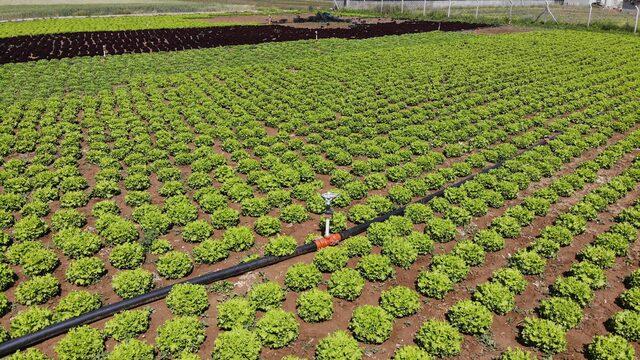 “THE HAL LAW AND A PRODUCTION MARKETING SYSTEM SHOULD BE ESTABLISHED”

Stating that the production and marketing system should be regulated, the president of the Eskişehir Tepebaşı Chamber of Agriculture Süleyman Bulunan said the farmer is in a difficult situation and said:

“If we want to talk about the situation a month ago and evaluate the current situation, we will find ourselves in a very deplorable situation. We always cry now. The main reason for this is that the prices in the markets are still high which happened 1 month ago. We cannot explain ourselves. This is an area where all kinds of products are grown in the Tepebaşı region of Eskişehir. At the moment, we are in a completely central position with the cultivation of lettuce, vegetables, tomatoes and cereals. The best example here is that the product has grown and is growing. The costs are around 1.5 lire per bunch. There is a problem with all products except parsley. 5 times of these prices continue to be applied in the markets. The Hal law should be regulated as soon as possible and the production and marketing system should be established ”.

Critical move from Russia! The restriction has arrived …

Giant strides are made for Black Sea gas! First time…

Beware of vehicle buyers! These models are the best sellers