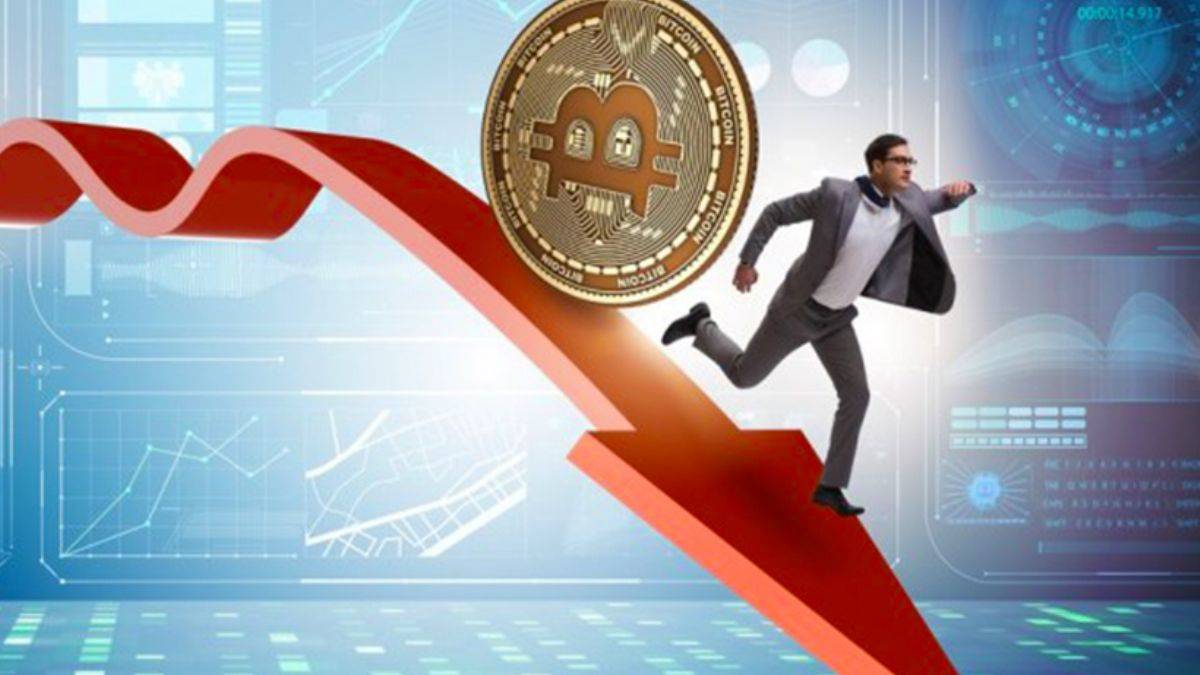 The graphics only go in one direction: Down.

Experts say this is related to global developments. Cryptocurrencies aren’t the only thing that loses value.

As the recessionary atmosphere spreads, inflation, interest rates and the cost of living rise.

Equity markets are also down: the S&P 500 index in the US has lost 20% since its last peak.

As a result, even some large investors cannot act as easily as they once did.

Ordinary people like you and me, as well as large companies and hedge fund managers, have no money to invest.

For many, it is too risky to invest in hard-to-predict instruments like cryptocurrencies at times like these.

It doesn’t have a regulatory agency, it doesn’t have a guarantee given by financial institutions. So if after investing your savings, its value drops rapidly or you lose your crypto wallet, you may be out of pocket.

This further reduced confidence in the cryptocurrency market. Many people have started selling. With the increase in the number of people selling Bitcoin, its value has decreased. As the decline continued, more people started selling and the decline accelerated.

Unlike traditional investment vehicles, Bitcoin has no intrinsic value.

Katie Martin, editor of the Financial Times newspaper, remembers that there is no business model or money flow behind Bitcoin:

“Its value depends entirely and entirely on the amount people are willing to pay for it. This is a scary situation because if enough people decide to sell it there will be no sub-resistance to it.

“There is no guarantee that if more than a certain amount of people decide to sell it, its value won’t drop to $ 10,000 tomorrow.”

While the whole picture is too pessimistic for Bitcoin, the following has happened in the past 24 hours:

– Binance, the largest cryptocurrency exchange in the world, has suspended Bitcoin trading for a few hours. Although it was announced that this was due to a technical problem, not everyone believed it.

– The Celcius cryptocurrency lending platform did the same, but justified it not for technical problems but for “extraordinary market conditions”.

The first two elements caused the panic. Imagine not being able to withdraw money from your bank and hearing that others have the same problem.

At the first opportunity you would go to ATMs and try to withdraw money, and when everyone did, there would be more panic.

What are the things that could reverse the trend?

For Bitcoin to stop depreciating in the short term, people who hold Bitcoins would have to stop selling and those who want to buy should want to pay more value in return.

This has already happened.

Proponents of cryptocurrencies will say that now is a good opportunity to buy because prices have dropped, you have to buy and wait, it has always been like this until now.

A user who replied to my tweet said: “There comes a time when prices will go up every time.”

The story of “those who turn the corner in a short time” and the support of celebrities are encouraging new investors.

But investment advisors advise to be very careful.

“This is an area that only brave people should invest in,” says Altaff Kassam, Director of State Street Consulting.

Hollywood star Matt Damon also appeared in a commercial with the slogan “Fortune favors the brave” in October 2021.

However, when the announcement comes out, those who buy Bitcoin acting “boldly” do not feel that luck is on their side. Because at that time, Bitcoin’s value was three times what it is now.

You can find the source of the article here