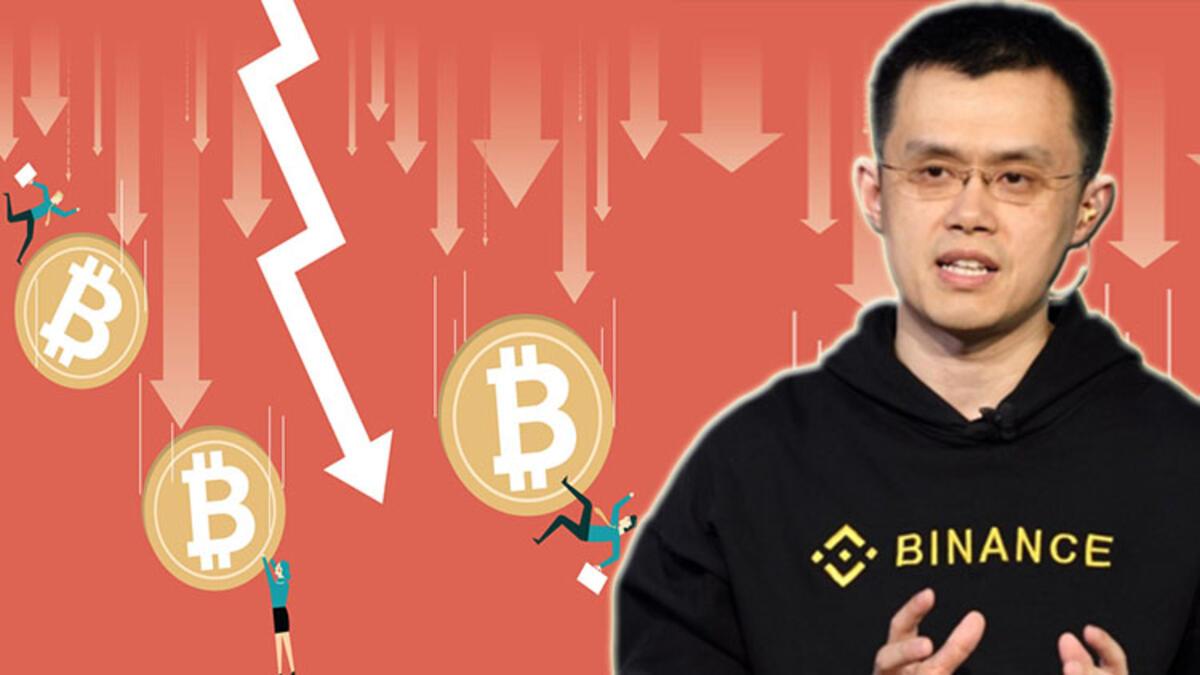 Cryptocurrencies have been rocked by the impact of geopolitical and global risks. In particular, in recent weeks Bitcoin has reached the lowest level of the last eight months, reaching 20 thousand dollars, and has been in the 19-20 thousand dollars range for a few days. The possibility of inflation and the expected recession (falling real gross domestic product) in the United States have also kept investors away from risky assets such as cryptocurrencies. This situation has greatly increased the selling pressure of cryptocurrencies.

Binance CEO Changpeng Zhao, who valued Bitcoin’s price of $ 20,000 at the end of 2020 at The Guardian, stressed that it will take some time to offset the losses in value in parallel with the bearish season in the cryptocurrency markets. and the $ 20,000 range will continue for a while. He pointed out that he would:

“I think the return from the all-time high of 69,000 to 20,000 will probably take time given this drop in prices. It seems that this situation will last maybe a few months, maybe a few years “.

CHANPPENG ZHAO: “THE CURRENT SITUATION IN THE MARKET IS SCARED FOR NEW CRIPPERS”

Speaking of Bitcoin and other cryptocurrency volatility being normal, Zhao said, “If you look at the current low of Bitcoin, you will see that it is higher than the most recent high. So, normal or not, the industry is still definitely growing. I find price fluctuations normal “ and added:

– I am aware that the current market situation is uncomfortable and scary for many people, especially those new to cryptocurrencies. But for example, in 2018 and 2019, if I told people that Bitcoin will hit 20,000 in 2022, they would be very happy.

Changpeng Zhao, one of the first people who comes to mind when it comes to cryptocurrencies, explained why he is still confident about Bitcoin in an Insider interview recently. Described in the news as “the person who has lost more money than any other person in history,” Zhao listed three things that have kept him hopeful for the future of cryptocurrencies. venture capital despite the collapse of the cryptocurrency market. Second, the growing institutional interest. The third is the stability brought by the increase in the areas of use of cryptocurrencies. 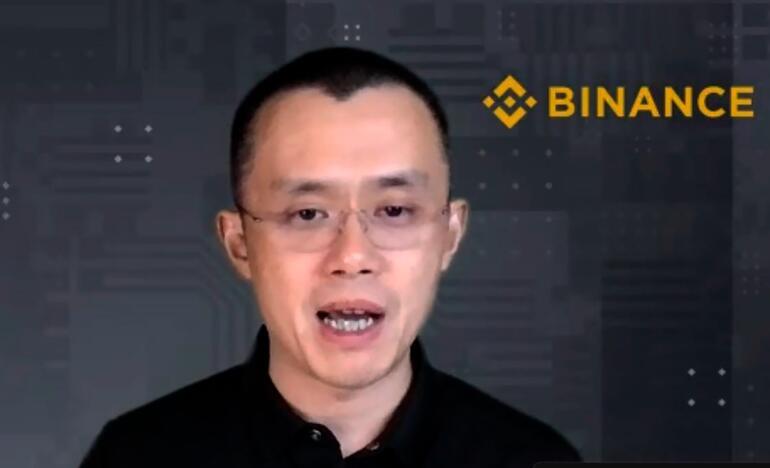 “THE CHAIN ​​SELLING EFFECT CAN BRING BITCOIN TO 13,000 DOLLARS”

Bybit Turkey CEO Alphan Göğüş, whom I consulted for his views on the subject, pointed out that the problem stems from indexing the cryptocurrency industry to Bitcoin and should be abandoned. Göğüş also shared important information about the process:

– The cryptocurrency industry has a structure behind it that will build the financial system of the future. Blockchain technologies and investments in Web3 are always the output of the sector. Therefore, we should consider this sector as the system of the future, not just today, and focus on the technological side. As for Bitcoin, first of all, there is no recovery in global risk appetite. Until it reaches $ 20,000, the story begins with Fed inflation concerns. It is unknown how much growth and unemployment will be suppressed in the US as a result of hard interest measures.

– This uncertainty may only begin to disappear around November because they raised interest rates by 200 basis points in the last three meetings, 75 basis points in July and 50 basis points in September. For this reason, to enter a risky sector such as cryptocurrencies, the investor’s risk appetite should recover and the “safe haven” parked in gold and metals should emerge.

In line with all this information, Alphan Göğüş pointed out that while following Bitcoin prices from now on, it is necessary to follow the prices of gold, copper and nickel as well as the S&P 500 (the stock market index calculated by Standard & Poor’s and which includes the largest 500 companies in the US). He also pointed out that there is a possibility of going down to the dollar level:

– The volatility of bitcoin is far from its normal 45% trend. It has skyrocketed to 80 percent. Therefore, we will continue to be quoted at lower levels for a while.

– In the short term, Bitcoin could have a reaction at the $ 25,000 level, but if we consider the liquidation prices of funds and miners, the knock-on effect that could occur could take us to the $ 13,000 level. The main trend is even more sales oriented.

Singapore-based Three Arrows Capital has filed for bankruptcy these days as Bitcoin’s depreciation in the past week has approached 8%. Following the decision to liquidate the giant company’s assets, he filed an application with US courts to initiate bankruptcy proceedings. 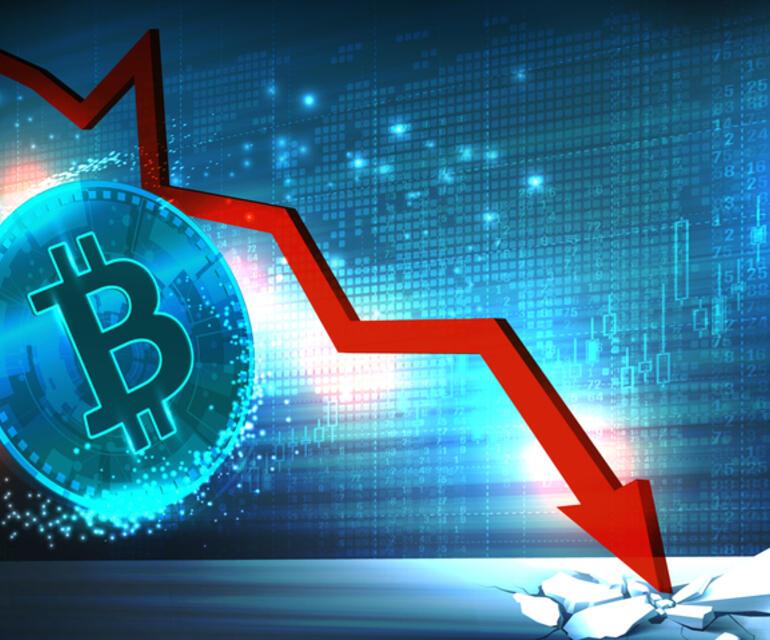 Singapore-based Three Arrows Capital has filed for bankruptcy these days as Bitcoin’s depreciation in the past week has approached 8%. Following the decision to liquidate the giant company’s assets, he filed an application with US courts to initiate bankruptcy proceedings.

Although Changpeng Zhao sees the decline as normal, he is sure Bitcoin will stay at these levels for a while … In this case, it comes to mind ‘What awaits Bitcoin if this process is passed? Can it exceed $ 40,000 again? Or will we see a new record? ‘ Questions how to come up.

Alphan Göğüş said: “We think the Earth Moon effect will continue for a long time. We still don’t know exactly which stock market or fund is bankrupt,” he said, and continued as follows:

– Three arrows Capital and Celcius are known of these examples. As a result of the cancellation of the money from here, the components of the trust will be significantly damaged. Bitcoin seems unlikely to rise to $ 40,000 or more. But there is a US Securities and Exchange Commission (SEC) case that we expect to be resolved in favor of Ripple this year. This case has become the case for the entire industry, not just the Ripple company and XRP.

– Because if Ripple’s XRP sales are not recognized as “securities” by the judge, that will set a precedent for other altcoins and they will be out of the SEC branding. However, the Ripple case could cause a reaction within the year. We do not anticipate any significant movement until 2024. 2024 will be the year in which both the Bitcoin halving (by intentionally decreasing the mining reward in cryptocurrency mining) and the regulatory decisions adopted in the European Union and the United States will go into effect. . 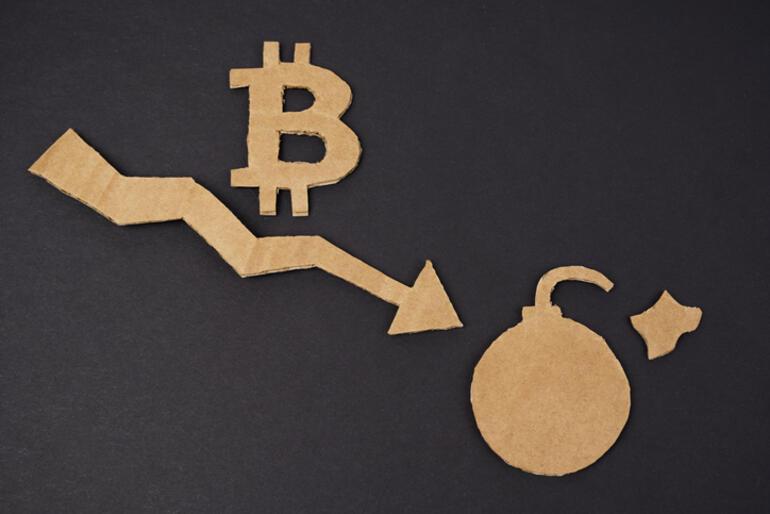 Bitcoin’s decline was also reflected in altcoins to a significant degree. The loss here exceeded 7 percent. So what is expected of altcoins in the short term?

Alphan Göğüş said: “All alternative currencies follow Bitcoin very closely. Institutional investors, who caused the transformation of the sector in 2020, also know Bitcoin and Ethereum to a considerable degree when it comes to cryptocurrency.

“Currently, we are far from an environment capable of reinvigorating risk appetite. Both the US recession problem and regulatory uncertainties are effective in the short term. In the short term, this decline in the sector can probably stop at around $ 18,000. While this does not make up for all losses, it can increase trading demand up to a point. But in our current situation, it seems quite difficult to replace the losses. “

Bitcoin has lost its value at 58% since the beginning of the year, after ending the month with a drop of 37% in June. While the hardest decline was recorded in the second week of June, Bitcoin fell to $ 17,622 on June 18, marking the lowest price level since November 2020. 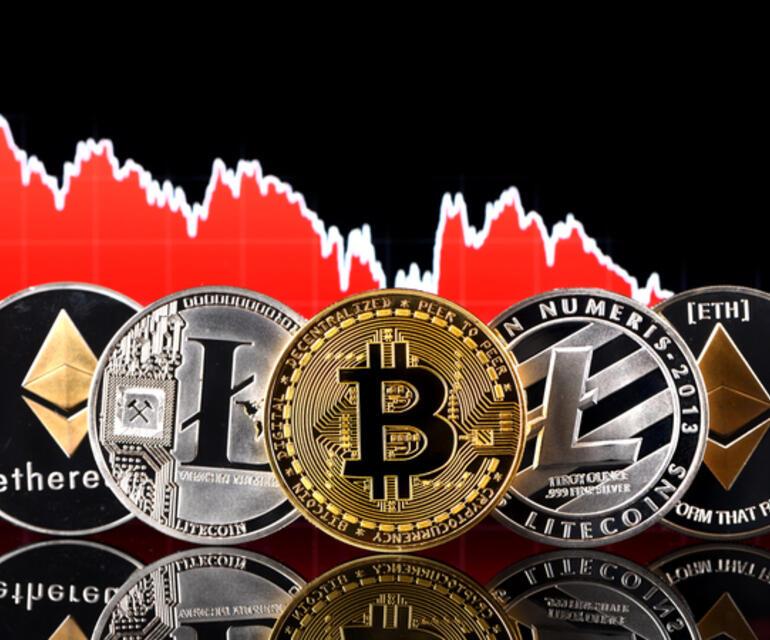 Bitcoin has lost its value at 58% since the beginning of the year, after ending the month with a drop of 37% in June. While the hardest decline was recorded in the second week of June, Bitcoin fell to $ 17,622 on June 18, marking the lowest price level since November 2020.

MICHAEL SAYLOR, MICROSTRATEGY CEO: “OTHER DIGITAL ACTIVITIES OTHER THAN BITCOIN WILL NOT SURVIVE”

These days, when Bitcoin’s price drops below $ 20,000, all eyes are on MicroStrategy, the corporate company that has the most Bitcoin in its wallet. In a recent statement, the institute’s CEO, Michael Saylor, said that Bitcoin’s current state is temporary, this currency will continue to exist, but he thinks that most other digital assets will not survive.

Alphan Göğüş, who I asked about the possibility of such a scenario, said he joined Saylor and said:

– Microstrategy is one of the largest Bitcoin buyers in the enterprise and is very important in the market. I agree with Michael Saylor’s statements at this point: We expect the regulations to specifically address decentralized exchanges (DEX). There are more than 20,000 altcoins currently trading on the market, and some of them will be eliminated and left out of the system during this time.

– That’s why the investor should definitely improve himself in cryptocurrency literacy and diversify his investments accordingly. DeFi (decentralized finance) investments, crypto index funds which are very new to the industry, and NFT projects should be on investors’ radar. Again, Web3 projects should be followed. Furthermore Investors should trade high-volume cryptocurrencies and stock their holdings on tighter, security-oriented exchanges without being stuck with terms like “pay more interest / earnings”.