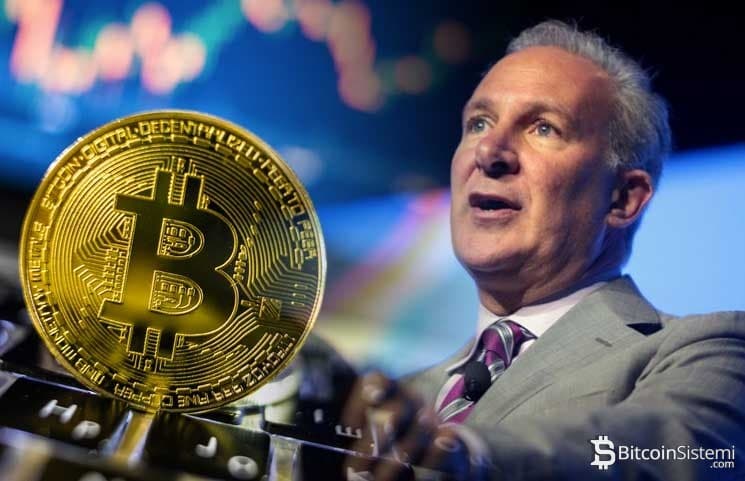 The most famous bitcoin and one of the crypto critics, gold advocate, economist and fund manager Peter Schiff, this weekend, BTC and Ethereum set new price targets for

Schiff said the price of cryptocurrencies could drop dramatically, so the “bottom-up strategy” may be wrong at the moment.

Schiff based his latest prediction on the sell-off that began in early May, which drove the price of BTC below $ 27,000.

The famous BTC critic listed his predictions in his tweet:

“This could be a tough weekend for cryptocurrencies. Bitcoin looks set to drop to $ 20,000 and Ethereum to $ 1,000. If that happens, the value of the entire cryptocurrency market, made up of around 20,000 digital tokens, will drop from around $ 3 trillion at its peak to just under $ 800 billion. Don’t buy that low. You will lose a lot more money. “

This could be a tough weekend for #crypto. #Bitcoin looks poised to plummet to $ 20,000 e #Ethereum for $ 1K. If so, the entire market capitalization of nearly 20,000 digital tokens would drop below $ 800 billion, from nearly $ 3 trillion at its peak. Don’t buy this dip. You will lose a lot more money.

Schiff continued his statements on BTC as follows:

“As food and energy prices rise, many Bitcoin HODLers will have to sell to cover their expenses. Grocery stores and gas stations don’t accept BTC. When Bitcoin crashed during Covid, no one needed to sell. Consumer prices were much lower, and HODLers received Covid support coins.

The need to sell Bitcoin to pay the bills will worsen as the recession deepens and many HODLers lose their jobs, especially those working in Blockchain companies that will soon go bankrupt. When conditions change, long-term investors may have to sell. “

The need to sell #Bitcoin paying your bills will only get worse as the #recession deepens and many #HODLers they lose their jobs, especially those who work to soon be bankrupt #blockchain companies. If circumstances change, long-term buyers with no paychecks will be forced to sell.

The market correction was fueled by inflation data that exceeded the expectations of traditional and cryptocurrency markets.

As Bitcoin and other cryptocurrencies primarily follow trends in risky assets, they bleed as market participants pour their funds into safer options.

Conversely, hedging assets such as gold rose by more than 2.5%, which can be considered a significant move given gold’s average volatility, especially after facing a previous 1% loss.

However, while there was a bearish trend in the overall cryptocurrency market, Ethereum had a separate problem that caused it to drop. The price of ETH lost 11% after the stETH and Ethereum pair, which should be equal on Celsius, lost stability.