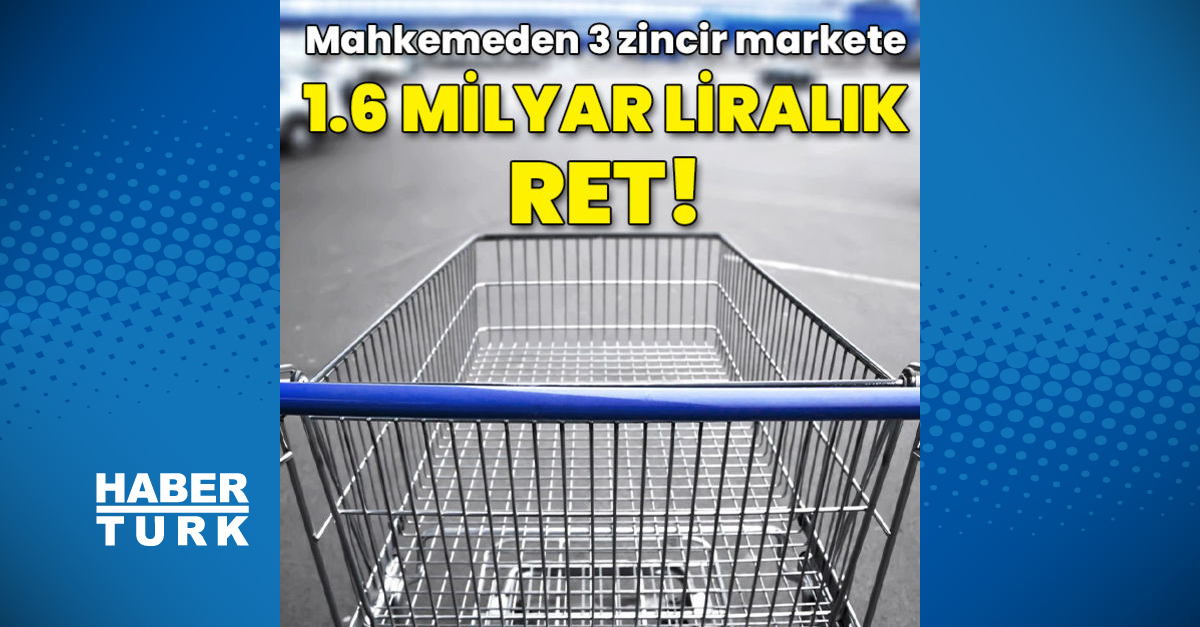 In the lawsuits brought by Migros, Carrefoursa and Bim for the annulment of the AGCM sanction for violation of competition and suspension of enforcement, the TAR decided to reject these requests.

According to the court decision texts shared by the Competition and Market Authority, Migros stated that the fine of 517 million and 672 thousand lire that had been imposed on it was illegitimate, that the uniqueness of the retail market structure it had been completely ignored and acted on the assumption that it was a cartel regardless of the content and purpose of the communications. However, this view was not accepted by the court.

“USE OF MASAK INFORMATION IS INCORRECT”

According to the information contained in the text of the decision, it was stated by the Carrefoursa lawyers, who were fined 142 million 469 thousand lire as part of the aforementioned investigation, that the use of the information obtained by Masak in the investigation into competition was erroneous, and that the evidence obtained with the unlawful injunction could not constitute a means of proof.

On the other hand, in defense of the Antitrust Authority, any direct or indirect contact with anticompetitive effects between companies can be accepted as evidence, the damage to competition should be considered as a holistic legal and economic damage in the context of the outcome, and the conclusions presented together are considered a hub cartel. It has been claimed that the sign and spoke (collect and distribute) could be clearly identified.

‘INFLATION AND EXCHANGE EXCHANGE NOT CONSIDERED’

Bim’s lawyers, who received the highest penalty in the investigation with 958 million 129 thousand TL, claimed to have been cited by the defendant administration (Competition Authority) as the reason for the price increases, regardless of inflation and by the increase in exchange rates of the world economies. Contrary to what the company claims, it does not exist
a hub and spoke sign is not a party, this type of violation is in Turkish
It was claimed that it was not specifically regulated in the legislation and that its elements were not realized in the incident.

‘BASED ON MANY TESTS’

On the other hand, the Antitrust Authority stated in its defense that the decision is based on more than one determination, each determination is based on dozens of evidence, cartel agreements are rarely in written form and, in a concrete case, the evidence should be evaluated as a whole.

Sanctions were imposed on chain markets last year as part of the Competition Board’s investigation to examine the pricing behavior of the markets of food and cleaning retail chains and their suppliers, to level of manufacturers and wholesalers, during the epidemic process.

In addition to these three markets, BİM, CarrefourSA, Migros, ŞOK, A101 and Savola Gıda were fined a total of 2 billion and 671 million Turkish Lira as part of the investigation.