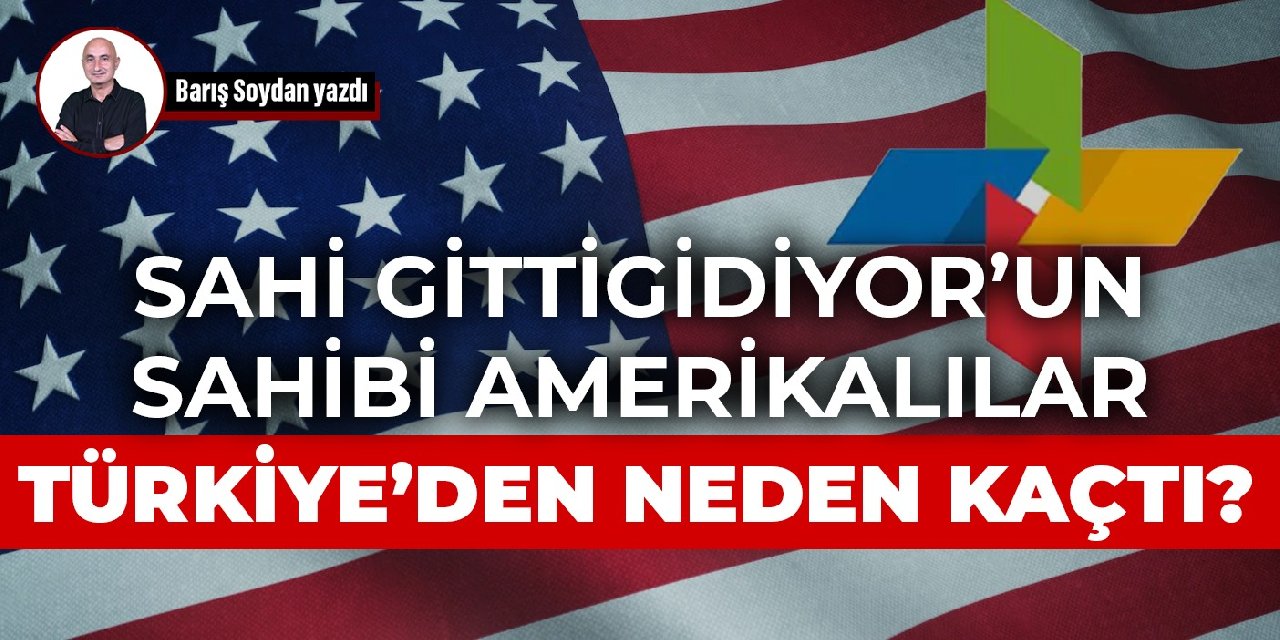 Gittigidiyor, once the largest e-commerce (online sales) company in Turkey, recently announced that it will close. American company Ebay bought Gittigidiyor in 2011, allegedly for just over $ 300 million. The Americans threw in the towel in 10 years, ruined a few hundred million dollars and left Turkey. How come? What happened?

I’ve been wanting to write about this for days, but the BRSA decision, the turmoil in the dollar / TL and the events within the AKP couldn’t come. However, this issue is important, it shows that in a time when foreign capital has cut off Turkey’s feet, people inside have started to take their jackets and leave …

Why did he go away? Because the company that was once a market leader fell behind and couldn’t make any money. In addition to market dynamics, economic developments in Turkey also play a role in this. During the time of the pandemic, there was an explosion in online sales. This year, however, the rate of increase has dropped significantly. It is said that the growth of e-commerce can no longer exceed the rate of inflation. News of the contraction has also begun to arrive. I have heard that the turnover of one of the largest e-commerce sites in Turkey has decreased significantly in the last two months compared to the same months the previous year. The main factor behind this is inflation.

Inflation is booming. So, have our incomes increased at the same pace as the inflation explosion? No, it hasn’t increased. Result: We can now get one unit of the product we had purchased two units earlier. Or the product we bought twice a month, now we only buy it once. So let’s save.

On the other hand, insufficient credit card limits due to inflation also contributed to the slowdown in Internet spending. While in the past we could fill a cart with the same money, now we can fill it halfway. In real life and on the Internet …

Another factor that prompted not only Gittigidiyor but other e-commerce sites to throw in the towel was the very high cost of Internet advertising. The huge budgets spent by the big sites, especially the market leader Trendyol, have caused the prices of advertising to increase enormously. Ad spend has become an unbearable burden for small and medium-sized sites. This was one of the factors that tired Gittigidiyor. Before that, many e-commerce sites had to shut down, unable to withstand the stiff competition created by sites like Trendyol with huge budgets.

The Government, in fact, has decided to modify the Law on Electronic Commerce to stem the ruthless competition from the big names. The new bill on the agenda of the Assembly, It imposes very heavy obligations on large sites. It is no secret that the goal of the bill, which is called “the monopoly in e-commerce will end”, is Trendyol. The Doğan family, owner of Trendyol’s rival, Hepsiburada, also pushed for the law to change.

Get to know Trendyol, Turkey’s largest e-commerce company. It was founded by Demet Mutlu. It had investors, including Evren Üçok. It was later sold to the Chinese company Alibaba. He started spending incredible amounts of money on running Alibaba. (Demet Mutlu is still in the administration today.) Meanwhile, she attempted an unethical job like relocating Hatice Yavuz, who was conducting the investigation against her in the Competition Authority …

To all these reasons, we must add to this the problems that the owner of Gittigidiyor, Ebay, is experiencing in his own country, America. Ebay, which was once one of the first addresses that come to mind when it comes to e-commerce around the world, has weakened a lot in recent years and has almost turned into a shadow of his past.

The eBay problems in America do not concern us, but the slowdown in consumer spending due to inflation and the explosion of credit card debt in Turkey does concern us.

This is actually an expected development. prof. Dr Hurşit Güneş told Halk TV that in the second half of the year there will be a sharp slowdown in consumer spending due to the unwinding of the purchasing power of inflation. News from ecommerce shows we’re getting there. The decrease in consumer spending will create difficulties for many companies that produce or sell goods on the domestic market.