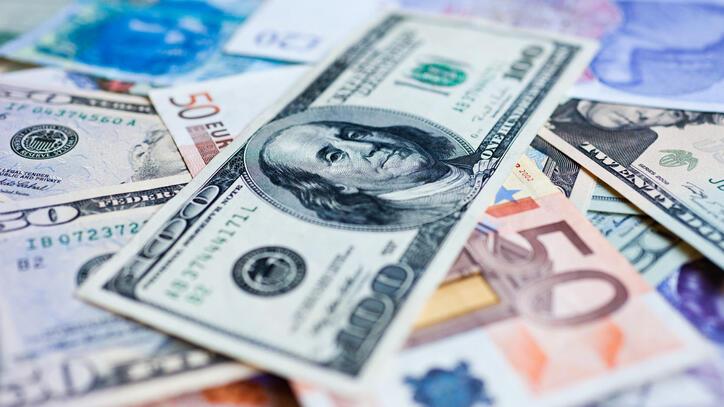 Europe’s common currency, the euro, fell 0.8% against the dollar, falling below 1.02 for the first time since December 2002.

Despite the restrictive policies implemented by the Global Central Banks to control the rise in prices, the increase in cases of Kovid-19 in China and the worsening of the energy crisis in Europe raise expectations of a slowdown in global growth.

Commenting on the topic, prof. Dr Sefer Şener used the following statements: “In the last meeting, the US Federal Reserve (Fed) raised interest rates by 75 basis points. Compared to the European Central Bank (ECB), it has begun to take steps to implement a much more restrictive monetary policy.

On the other hand, the ECB said it could only raise interest rates by 0.25 basis points as of July. The recent rise in inflation in the US to 8.6 and the rise in inflation in the eurozone to 8.1 have raised projections of the extent of the tightening of the two central banks. The Fed’s higher interest rate hike relative to the ECB, the lack of response from the ECB, fears of a recession in global markets and extremely low growth projections have driven the dollar index to strong levels.

Following expectations of a recession in oil prices over the past week, easing oil prices naturally brought the dollar index to 107 levels. On the one hand, the prices of commodities such as oil and gold have fallen, while the dollar index has gained significant value.

At the same time, the expectation that the Fed could bring the interest rate up to 3.5 by the end of the year brought the euro / dollar parity to the 1.01 level.

It is also possible that the euro / dollar parity reaches the same level, or even higher for the dollar. In the coming period, both the problems with Russian natural gas and the energy bottlenecks that Europe will use in production have accelerated the depreciation of the euro. In the next period, if the expectations of a slowdown in the European economy and energy problems due to the Russia-Ukraine crisis continue, a reversal of the euro / dollar parity will be possible.

However, the most curious thing is that, in July, the ECB will increase by 0.25 points as it said? Or will it be able to do even more aggressive boosts? The result of this could also cause the dollar to move to much stronger levels in the next period.

Commenting on the tightening of the Fed’s infrastructure structure, economist Enver Erkan said, “We expect the focus to shift to the minutes of the previous FOMC meeting on June 15, and then to the June employment report on Friday. Fed Chairman Jerome Powell told the Central Bank’s July meeting by 50 basis points or 75 basis points The Fed’s tightening rate hike is prompting many regional central banks to raise interest rates.

While most countries certainly need higher interest rates to contain inflation, tighter monetary policy makes some economies more likely to fall into recession over the next 12-18 months. This appears to have represented a choice that many central banks now have to make: contain inflation and risk a slight recession in the short term, or support economic growth, allow inflation to rise and risk a harder landing in the long run.

RANGE OF ACTIVITIES OF CENTRAL BANKS

Inflation has been unpleasant in some countries around the world, even as policymakers have accelerated rounds of monetary tightening. The global problem of inflation has created an interesting dilemma for the global economy. Most central banks are expected to remain active and respond to inflationary pressures with rate hikes. In some cases, policymakers, particularly the Fed, may need to do even more. After a 75 basis point hike in June, the Fed is expected to raise rates by another 75 basis points in July.

The Fed has set a faster pace of tightening this year to show that it is aware of its role in terms of monetary policy. In doing so, it will have to avoid stagflation. Such a bumpy road this year is therefore not expected for next year. The Fed’s forecast points to a total of 175 basis points for the remainder of the year. While the price of futures funds suggests the possibility of a 75 basis point hike in July, the Fed is not required to distribute rate hikes symmetrically. If 75 basis points were to arrive in July, according to these estimates, 100 basis points would have remained in the remaining 3 matches. The Fed will evaluate the rate of these movements based on the situation in the data.

Analysis has multiplied that the US economy will go into recession next year and that the effects of the contagion will lead to multiple recessions in the G10 and emerging markets. Given the prospect of a US recession by mid-2023, there is also the possibility that the Fed will eventually ease monetary tightening. As a result of the proactive measures taken against inflation this year, the Fed will rapidly raise the funding rate well above the equilibrium rate and likely initiate a cycle of easing after seeing interest rates spike.

YOU MAY BE INTERESTEDWatch out for the EYT studio! Here are the formulas pronounced for the new regulationView the news