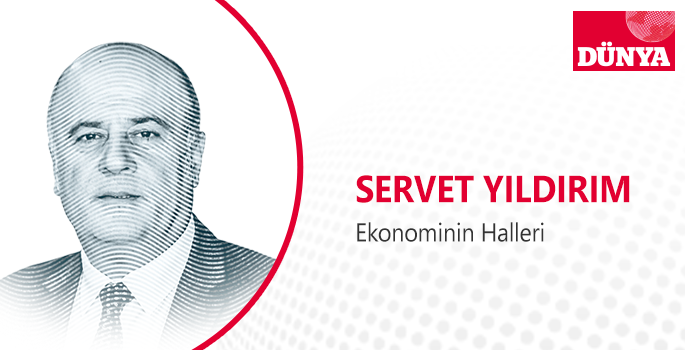 When inflation hit all-time highs, the Central Bank finally decided to raise interest rates after a long hiatus. The Central Bank Governor says monetary policy conditions have changed significantly and that high energy costs, supply disruptions and growing uncertainty, especially in the manufacturing sector, are weighing on the economy.

The central bank we are talking about is the European Central Bank and the speaker is ECB President Christine Lagarde.

“The forecasts suggest that inflation will remain at undesirable levels for a while … The current inflationary environment, well above our target, is clearly a challenge,” says Lagarde.

High inflation pushes not only the European Central Bank, but also many monetary authorities to raise interest rates. Because high inflation is very costly to society.

In describing inflation, the American economist Milton Friedman said: “Inflation is a disease. Sometimes it can be a deadly disease to society.” As Friedman said, we don’t know if inflation is lethal to society or not, but we can see that it supports certain segments of society, if it doesn’t kill them.

Fixed-income workers and low-income groups are particularly affected by inflation. But the situation in the corporate sector may not be as bright as reflected in the balance sheets.

In an environment of high inflation, which has become stubborn and sticky, straw and straw mix together; it became difficult to interpret the figures, it was impossible to predict the future.

Some data announced in a context of high inflation may not provide the real picture; It can also lead to misleading conclusions. For example, as company balance sheets are announced, you see double-digit increases in turnover, and looking at these figures, you get the perception that everything is going well. But this perception should be seen as a reflection of the profound problem of the economy.

If the company exports, the increase in company turnover could be due to foreign revenues, thanks to the weakening of the TL. But the turnover of companies that have no exports is also growing. These increases are partly due to rising costs. There have also been significant increases in inputs. Above all, the rise in commodity prices has placed a severe cost burden on almost all companies. It will continue to do so for the rest of the year. Commodity prices have increased exponentially. The cost of labor has risen. Financing costs have increased. Producers can reflect these severe increases in the cost of the goods they produce to the consumer and can take their turnover without any regression.

Thanks to price adjustments, budgets are bloated, but also difficult to manage. Sales are on the rise, but margins are deteriorating, profitability is falling.

There is a situation that challenges and harms consumers, especially those with fixed income, but producers are also disturbed. In the textbooks it is said that for periods of high inflation, “uncertainty increases; the short term predominates. Concern for the future arises; individuals and companies avoid making long-term decisions.” If inflation cannot be reduced quickly, if Turkey remains in a high inflation environment for a while, our economy will deeply experience this situation, which is in the textbooks ….