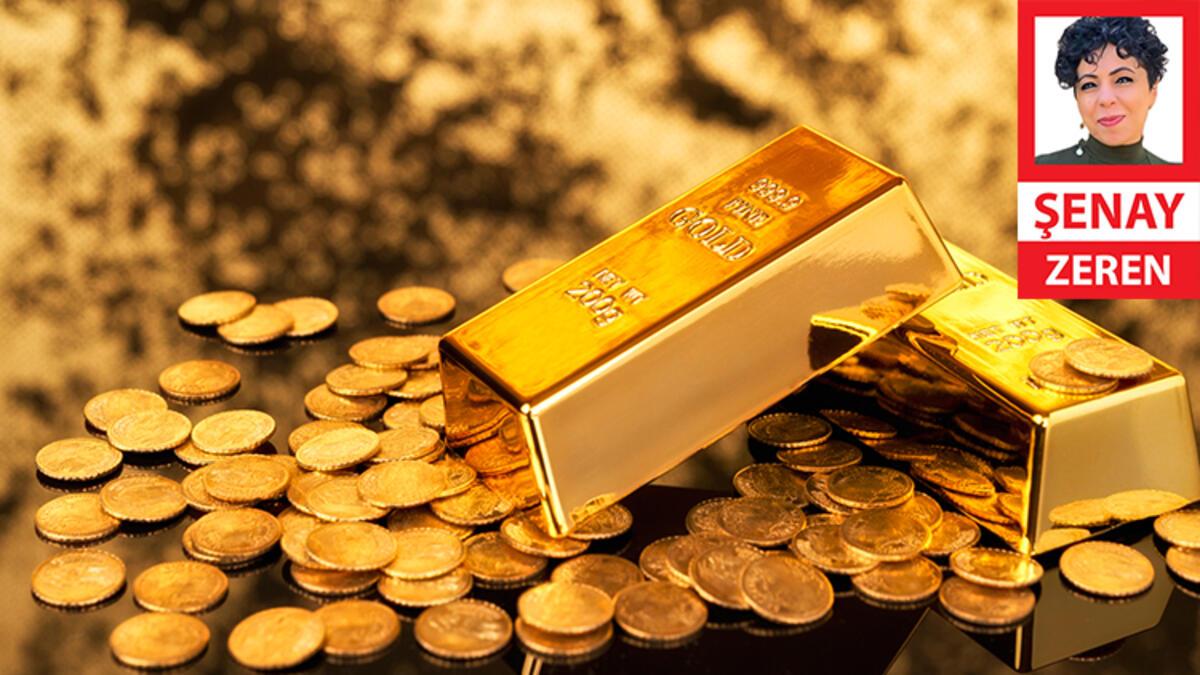 Markets became active as U.S. May inflation data announced on Friday surpassed market expectations and renewed the highest level in 41 years. While heavy selling is seen in the global stock market indices; US bond yields and the dollar index continued to strengthen. While the prices of gold and silver have been suppressed; There has been a strong sell-off in the cryptocurrency markets.

The fact that US inflation in May hit 8.6% and peaked since 1981, reducing risk appetite in the markets; pushed investors into safe havens. While the bond and the US dollar, which are seen as safe havens, continue to rise; Gold prices are suppressed by the inverse correlation effect. On the other hand, rising global inflationary risk and the recession worry investors to direct investors to precious metals and support gold prices. With these developments, fluctuating movements in gold prices are observed.

Failure to avoid global inflation risk could cause other central banks, notably the US Federal Reserve (Fed), to raise interest rates more rapidly. If so, further strengthening in dollar assets and US bond yields and decreases in gold prices can be seen around the world.

The June meeting of the Federal Open Market Committee (FOMC), which sets the Fed’s monetary policy, begins tomorrow. The Fed will announce its interest rate decision Wednesday at 9:00 pm Turkish time. In addition to the rate hike decision, the Fed’s messages to the markets and statements by Fed Chairman Jerome Powell at the 9.30pm press conference will be key to providing clues about the tightening policy they will continue to follow.

While markets are expecting a 50 basis point rate hike from this Fed meeting; The level at which the Fed will withdraw the policy rate at the end of the year has gone from 2.75% to 3.50%.

On the first trading day of the week, the price of the ounce of gold followed a sell course under pressure from the Fed; It saw the low of $ 1852 and the high of $ 1879 during the day. Over the next few minutes, the ounce of gold moves to $ 1858 with a drop of 0.74 percent. 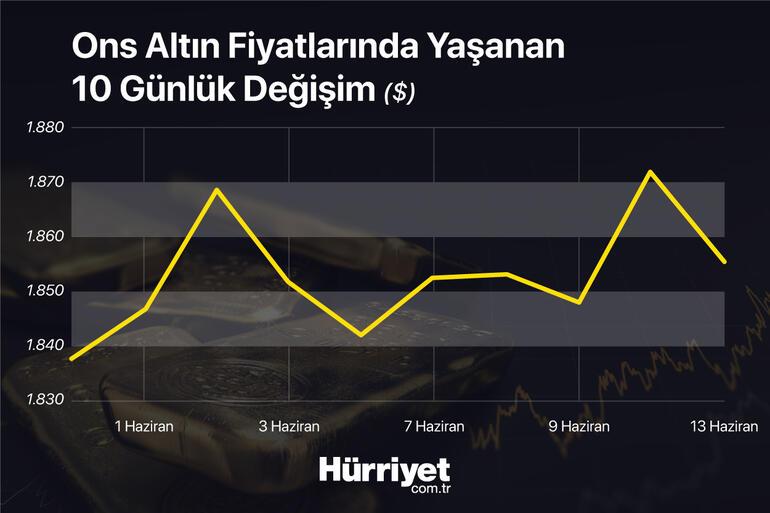 While the price per gram of gold has increased in value due to the increase in the dollar exchange rate; It saw the highest 1043 lire and the lowest 1019 lire during the day. Gram gold is at the level of 1031.15 lire, an increase of 0.16 percent at 14:36. In the same minutes, a quarter of gold is exchanged for 1687 lire and the gold of the Republic for 6 thousand 941 lire. 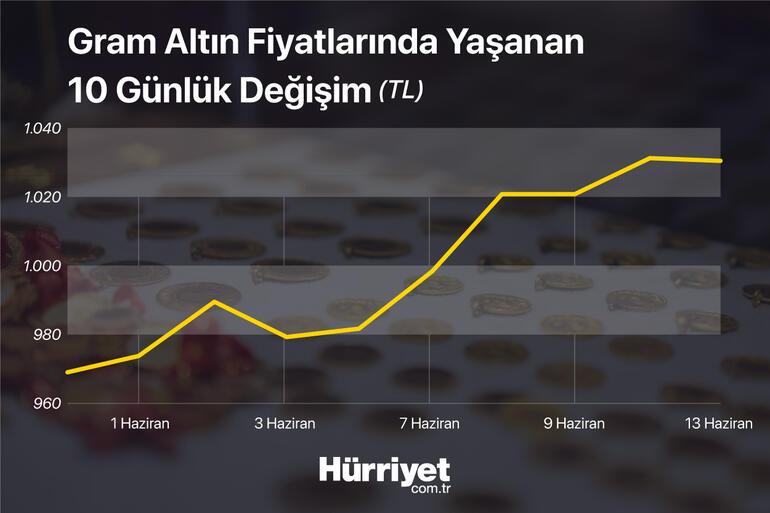 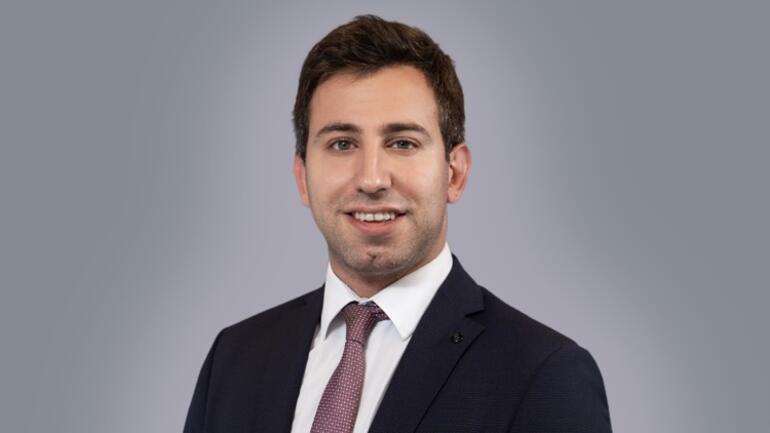 From the second half of April to mid-May, a selling trend was evident and a sub-ounce recovery effort was observed in the latter part of May, which tested its 500-day exponential average ($ 1,795). In the latter part of May, heightened fears about the Fed eased somewhat and the dollar’s retreat was effective. Below the ounce, which showed a fluctuating and volatile outlook in June, a seller price stands out today.

After US inflation rose above expectations on Friday, fears of the Fed’s aggressive tightening have increased again. As a result, global risk appetite is seen to have weakened, rising US bond yields gained momentum, and the dollar expanded its global value gains. Growing aggressive fears about the Fed are the main developments in support of the dollar as the appreciation of the dollar and rising US bond yields put pressure on gold ounces. Over the next period, the outlook for global inflation and the restrictive measures by central banks will continue to be decisive for the performance of gold per ounce.

Should the Russia-Ukraine war result in rising energy and food prices and global inflationary pressures continue, it can be seen that central banks, particularly the Fed, are opting for more aggressive tightening. This situation remains on our agenda as the most important risk item that will put pressure on the ounce of gold. However, depending on concerns about the global recession, holding an ounce of gold at a certain rate to balance portfolios and manage risk can lead to a relatively weak and fluctuating trend rather than a sharp decline in gold.