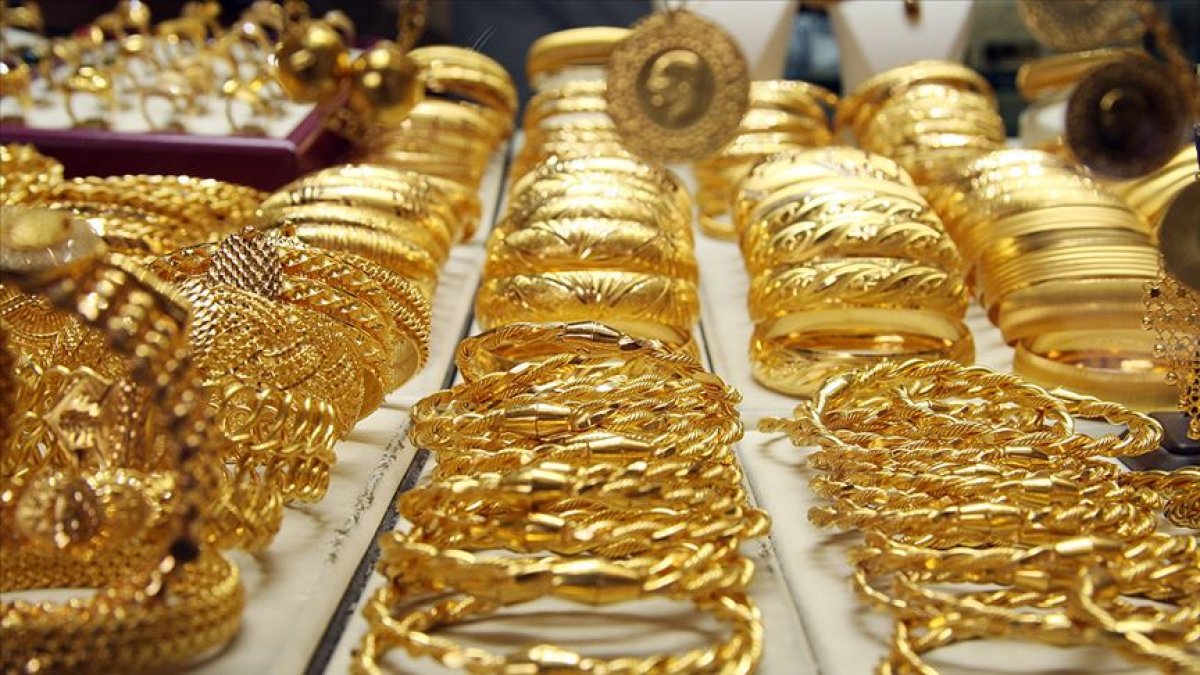 We spoke to money market and gold specialist Mehmet Ali Yıldırımtürk to understand the reasons for this and how long it will last.

We asked about developments in the gold market and what awaits the markets in the future.
Mehmet Ali Yıldırımtürk, specialist in gold and money market; He also made recommendations stating which gold gifts citizens prefer as the wedding season approaches.

Advice to gold buyers and those having a wedding

Answering Ensonhaber’s questions about the decrease in gold, Yıldırımtürk said that this decrease should be evaluated, “Those who want to have a wedding in the coming months can shop this week.” gave advice.

“The ounce of gold in the world will increase even more”

Yildirimturk, taken at the G7 meeting over the weekend “Ban on buying gold from Russia” He claimed that his decision increased the ounce of gold in the world.

Yildirimturk, his words “Considering that sales from Russia are unlikely to arrive from now on, gold prices could rise in the event of a tightening of supply. There are multiple reasons to support gold. The only reason for suppressing gold was the Fed’s interest rate decision. Expectations of inflation and stagflation support gold. For these reasons, I think gold will rise even more. Gold will reach $ 1,900-1,950 ounce levels when $ 1,850 ounce levels are breached.

Recalling that there is a regression in foreign exchange conditions in the domestic market, especially with the new regulation on commercial loans obtained by the BRSA over the weekend, Yıldırımtürk also expressed his words on the subject. “While the dollar is flat relative to other currencies in the foreign market, the dollar / TL is experiencing a decline in the domestic market. I don’t think it will drop much below the 16 pound level. We can see it at 17 pound and above again. ” continued in the form.

Yıldırımtürk stated that the gold gram closed the weekend at 1,003 lire and dropped to 995-998 lire during the day. “The volume of your transactions is weak. People say it will decrease as it goes down. With the Central Bank not changing the interest rate and saying ‘we will offer new tools’, the BRSA decision has been effective in decreasing the interest rate. prices “. made the statement.

“You shouldn’t put eggs in the same basket”

Yıldırımtürk suggested that 40% of gold should be held in a portfolio, but with a maturity of 1 to 3 years. According to Yıldırımtürk, 30% of shares, 10% of Eurobonds and 5-10% of dollars should be kept in the portfolio. Yıldırımtürk is also in this sense. “The silver can be kept at 5% to avoid putting the eggs in the same basket.” brought his suggestion.

Beware of who will take the gold for the wedding

Yıldırımtürk said that weddings have not been celebrated for 2 years and that the prices are not as suitable for buying gifts as before. Yıldırımtürk suggested evaluating today’s drop in gold prices and said the following about this issue:

“I think it is right to buy gold at these levels. Instead of a quarter, you buy 22 carats and a half grams of gold, or even 1 gram of 245 lire gold. In Anatolia, 200 lire, the largest banknote, is used as gift jewelry. 5 grams are very useful. “We call these bracelets as ‘wire bracelets’. Even bracelets that are easy to wear and use are usually no less than 10 grams. They cost 10 thousand lire.

Since the prices are better than last week, those who want to celebrate a wedding in the coming months can do their shopping this week. “

The workmanship of 22 karat gift bracelets is low.