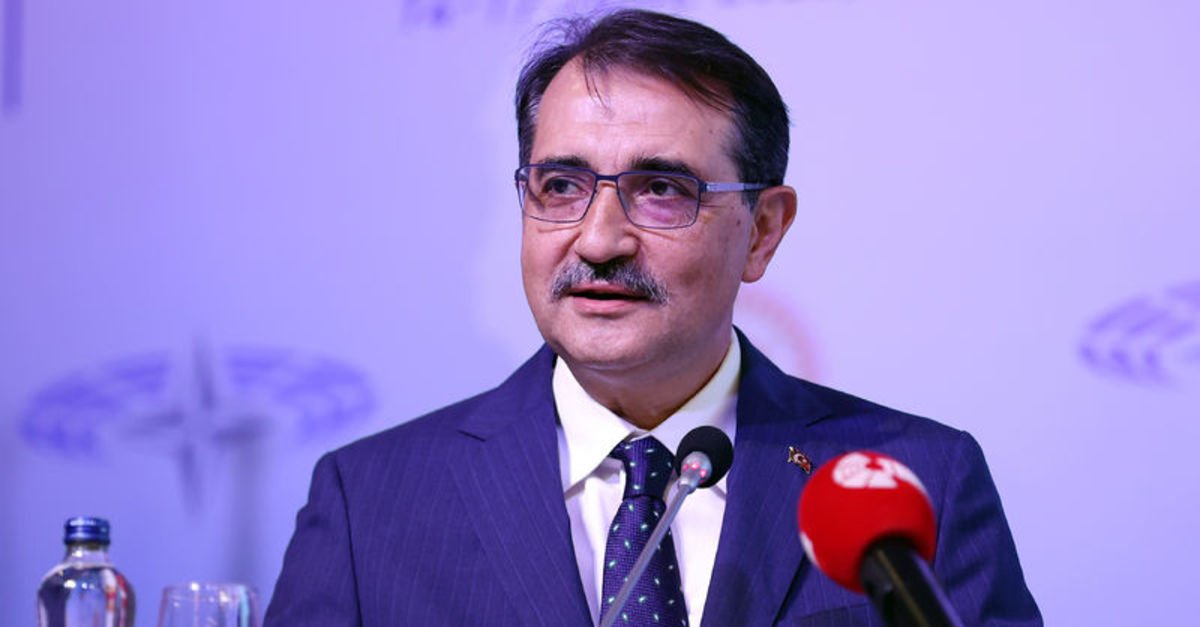 Fatih Dönmez, Minister of Energy and Natural Resources, spoke at the 14th Evaluation Meeting of the sector of electricity distribution companies.

Minister Dönmez said that by 2030, $ 1 billion will be invested in the socket for electric vehicles and network infrastructure.

Stating that distributed power generation is particularly important in terms of reducing the load on the main grid, Dönmez said: “Therefore, a $ 2 billion grid investment will be made for distributed generation and renewable energy technologies up to 2030 “. used phrases

In his speech, Dönmez said that between 2016 and 2020 TL 74.3 billion of investments in electricity distribution were made and recalled that this figure was determined at TL 124 billion for the fourth implementation period which covers the years 2021-2025, “Currently, 16 billion TL is network, 4 billion TL”. A total investment of TL 20 billion was made, including other investments. In addition to the investment budget, we have also allocated a planned maintenance budget of TL 21.1 billion. We used 21 billion TL. This shows that we have achieved a 99.3 percent fulfillment rate. ”He said.

CRISIS MANAGEMENT WILL BE ENHANCED

Drawing attention to the power outages caused by climate change, Dönmez said: “The events we have experienced such as floods, fires and heavy snow have shown that we need to focus more on issues such as crisis management. There are crisis management plans. that our distribution companies are always ready in the face of such natural disasters. However, some distribution companies “Although our companies have the means and the ability to respond to events in a short time, we have seen that some of our companies of distribution does not have this infrastructure yet. Therefore, this will be one of the most important topics we will discuss today. “

According to information received by Dönmez’s bosses, the satisfaction rate, which was 62.6 percent last year, exceeded 64 percent in the first 5 months.

Dönmez said: “About 266 million calls reached our electricity distribution call centers between 2018 and 2021. This means an average of 66.5 million calls divided over years. On the other hand, it corresponds to more than 182 thousand calls on average per day. These figures show how difficult a process is carried out in call centers. “. he said.

Dönmez said the accessibility rate to call centers of electricity distribution companies was 99.5% in 2021 and that the service level rate increased to 91.6% and the response rate to 97.7%. .

5-6 REALIZATIONS OF CORPORATE INVESTMENTS UNDER 65 PERCENTAGE

The President of the Energy Market Regulatory Authority (EMRA) Mustafa Yılmaz said that for the first time in the history of the world, countries are facing a severe energy crisis and said: “In this process, our government has done everything possible to ensure that price increases are not reflected as much as possible on consumers. In this way, large increases in energy and electricity prices could be reflected in their bills at a minimal level. ” he said.

In his speech at the 14th Industry Assessment Meeting of the Association for Electricity Distribution Services (ELDER), Yılmaz said that the global “pumping” of oil, natural gas and coal prices has had a profound effect on the ‘net energy importer of Turkey.

Pointing out that the power outages in Isparta earlier this year were a test for Turkey, Yılmaz said: “We have regretted that this lesson-rich process for the electricity distribution sector has been abused. from some segments and turned into political material without waiting for our investigation process. “Our institution, which acts as it envisages and adopts its motto of no compromise on justice, has done what the law also says in this process . Our decision should not only be perceived as a punishment by our industry, but it should be evaluated in terms of understanding what happens when the quality of service is compromised. ”He said.

Yılmaz explained that the investment rate of 5-6 companies, especially in investments made last year, remained below 65 percent.

Noting that the valuation process of the companies in question continues, Yılmaz said:

“For us it is absolutely unacceptable not to invest for reasons of cost increases. We are aware of the difficulties, but investments cannot be stopped, the quality of service for our consumers can never be compromised. At a time when the public and our consumers are sacrificing themselves, we cannot allow our industry to evade for one reason or another. Carthaginian commander As Hannibal said, “either we will find a way or we will do a way.” We have tried to find a way and we have expanded unit of investment costs for 2022. Unit cost to reduce the impact of unreasonable increase in investment costs, which is shown as a major barrier to investment. We have made arrangements. We expect our industry to adopt the necessary measures and fulfill their responsibilities without wasting time without hiding behind any excuse.For the first time in the history of the world, countries have nno faced a major energy crisis. In this process, our government prevented the price increases from being consumed. He did everything possible so that the offenders were not reflected as much as possible. In this way, the sharp increases in energy prices had an impact on the electricity bill to a minimum.

‘OUR FUNDAMENTAL GOAL IS TO PRODUCE ENERGY WHERE IT IS CONSUMED’

Yılmaz stressed that one of their main objectives is to produce energy where it is consumed, thus increasing efficiency in technical and economic terms.

Recalling that the most important means used to achieve this goal is unlicensed electricity generation, Yılmaz said: “It is essential that you act with awareness of your responsibility when evaluating unlicensed generation applications, commissioning and How investments work. I want to give a warning here. Some distribution companies create EPC companies and highlight them. It is not acceptable to give signals and create rumors about who can take the capacity, “he said.